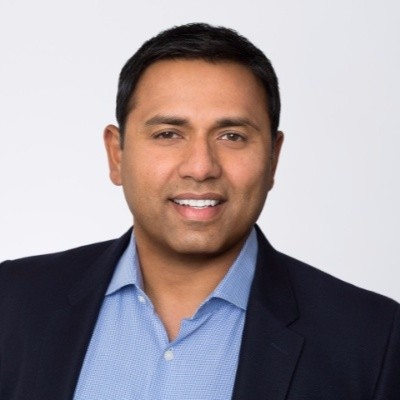 This week’s 5-minute interview is with Brad Brech, the CTO of Solutions at IBM. I caught up with Brad for a video interview at GraphConnect San Francisco.

Q: Please tell us what you do at IBM and a little bit about your favorite projects.

Brad: I’m the CTO of Solutions for IBM Power Systems, but I’m an engineer at heart and so my job and what I love to do is come up with new innovative solutions that leverage the Power technology and the advantages Power technology brings.

Q: Give me some examples. What do you mean by the advantages that Power technology brings?

Brad: So Power technology over some other processor technologies in the industry has more threads in it, has more memory bandwidth, more I/O bandwidth. Basically with POWER8, it was redesigned to deal with big data and analytics, so lots of threads, lots of memory, all those things that you need to do those really complex applications.

We’ve done that and we’ve done it in an open way. One unique thing about POWER8 is we’ve opened up the whole architecture kind of like ARM and the other examples, so that other people can build on top of it. And we have an open consortium now that’s over 160 companies strong, with partners like Neo4j to come up with great solutions for our joint customers.

Q: Tell me a little bit about why you find yourself at GraphConnect and specifically talking about Neo4j?

Brad: One of the things we’ve leveraged with some of that open technology is we put a bus on the chip to more closely tie accelerators to the core processor, to make it more efficient to use accelerators. And one of the examples that we’re using is tying big flash arrays close to the processor, because we saw things like all the NoSQLs that mostly run in memory had scaling problems, and they could only scale so big before things got really complex, both in the infrastructure and dealing with data coherency. Graphs are a great example of that.

There’s so many pieces of information in the database about not just the nodes, but the connectors. It grows very quickly. But it’s very powerful if you can grow to be really big. So we saw a great opportunity with Neo4j to add this advantage of scaling and performance to the graph space, and Neo Technology was the first place we started because we saw them as a great opportunity to work with.

Q: Tell me a little bit about how you instigated this collaboration between IBM and Neo Technology.

Brad: Well, a couple of us spent some time and looked at a whole bunch of the NoSQL databases that were in the marketplace and what they were doing. Quite frankly, Neo4j was not – when we started looking at it – a very big NoSQL company, but I saw a lot of potential in the graph side of it.

When it came time to pick, Neo4j was in my top four list of offering a collaboration. We went out to those companies and said, “Hey, as we go out and we enable all these different NoSQLs with this new technology of giving them more performance and more scaling capability, making their task of delivering big solutions to their customers easier.”

Some of the team at Neo Technology really liked the idea and worked to make it happen. As soon as we started to describe it, I could see Johan’s eyes light up and recognize that Neo4j on IBM POWER8 was solution to a current problem. And so it’s been really fun watching because Neo4j has changed in the last couple releases, almost in preparing to leverage this technology.

Now that we have it out there, it’s not using all the technology we’ve discussed, and we’re still working on that, and we’ll ship some of that in the first quarter of 2016, as Philip mentioned in the keynote this morning. But we’re really excited to get all this out there. We really think this is going to have an impact.

Q: What do you think some of the use cases or verticals might be that could really benefit from Neo4j on POWER8?

Let’s take a big retailer that wants to make better decisions on marketing plans, and they want to look at what’s going on and what the connections are in the social space. But they need to marry it with the information they have from their transactional stuff. They’d ask questions like, “What’s my inventory? What’s my price elasticity? How quickly can I surge more product if I need to?”

Being able to do all that in a cohesive manner on a single system setup, running both those applications, both those databases, just is going to be a big potential for a lot of customers as they try and do this. As opposed to trying to do it in three and four different clusters of machines, which gets expensive and complex.

That scale and that ability to do multiple things on the platform, I think, is going to be a great marriage. Not just for Neo4j and IBM, but for some of the other NoSQLs as well in different spaces. But like I said, Neo4j has been a very excited partner in this, because they saw the same value we did upfront in joining together to solve these problems.

Q: Is there anything that looking back in time you would do differently?

Brad: I’m not sure. The first thing would be that we wanted to get it out there sooner.

I think we’ve done a lot of really good things together. We didn’t rush into this too much that we made mistakes. We took our time; we set up the software for it on the Neo4j side, and we’ve done some things on the IBM side around the POWER8 and the CAPI Flash to get everything to come together.

And as much as I’d like to say I wish we could have found a way to do it a little sooner, I think we have had a really good relationship and have moved things together pretty well. I’m looking forward to all the possibilities and the joint customers we’re going to talk to over the next few quarters.

Q: Is there anything else that you’d like to add and make sure that people really understand about IBM POWER8 and Neo4j together and CAPI flash?

Brad: Well, I think this is a perfect example of what we call the OpenPOWER Foundation. Power has been an IBM technology for many years, but last year with POWER8, we opened it up, and it became an open consortium.

We want to work with whoever wants to try different things. As an engineer at heart, we love new things. We love innovation, especially when we can direct it to a problem that we can help understand and deliver a great solutions.

I see Neo4j on POWER8 as just one of the many partnerships we’ll have. I think this is going to be a really exciting one, so I’m looking forward to how we move forward with it.

The whole idea of Power being open, I think has made people aware that there are other processor architectures out there, and some of them are a lot better at running certain workloads. This helps not just to solve customers’ problems, but it helps highlight the technology that we build and deliver.


Want to learn more about Neo4j on IBM POWER8? Click below to read this data sheet that covers everything from the 56 TB of extended memory to the power of CAPI Flash technology.