Written by Mark Needham. Originally posted on his blog.

We’ve started running some sessions on graph modelling in London and during the first session it was pointed out that the process I’d described was very similar to that when modelling for a relational database. I thought I better do some reading on the way relational models are derived and I came across an excellent video by Joe Maguire titled ‘Data Modelers Still Have Jobs: Adjusting For the NoSQL Environment‘ Joe starts off by showing the following ‘big picture framework’ which describes the steps involved in coming up with a relational model:

A couple of slides later he points out that we often blur the lines between the different stages and end up designing a model which contains a lot of implementation details:

If, on the other hand, we compare a conceptual model with a graph model this is less of an issue as the two models map quite closely: Unique Constraints don’t quite capture everything that Identifiers do since it’s possible to create a node of a specific label without specifying the property which is uniquely constrained. Other than that though each concept matches one for one. We often say that graphs are white board friendly by which we mean that that the model you sketch on a white board is the same as that stored in the database. For example, consider the following sketch of people and their interactions with various books:

If we were to translate that into a write query using Neo4j’s cypher query language it would look like this: There are a few extra brackets and the ‘CREATE’ key word but we haven’t lost any of the fidelity of the domain and in my experience a non technical / commercial person would be able to understand the query. By contrast this article shows the steps we might take from a conceptual model describing employees, departments and unions to the eventual relational model. If you don’t have the time to read through that, we start with this initial model…

…and by the time we’ve got to a model that can be stored in our relational database:

You’ll notice we’ve lost the relationship types and they’ve been replaced by 4 foreign keys that allow us to join the different tables/sets together. In a graph model we’d have been able to stay much closer to the conceptual model and therefore closer to the language of the business. I’m still exploring the world of data modelling and next up for me is to read Joe’s ‘Mastering Data Modeling‘ book. I’m also curious how normal forms and data redundancy apply to graphs so I’ll be looking into that as well. Want to learn more about graph databases? Click below to get your free copy of O’Reilly’s Graph Databases ebook and discover how to use graph technologies for your application today. Download My Ebook 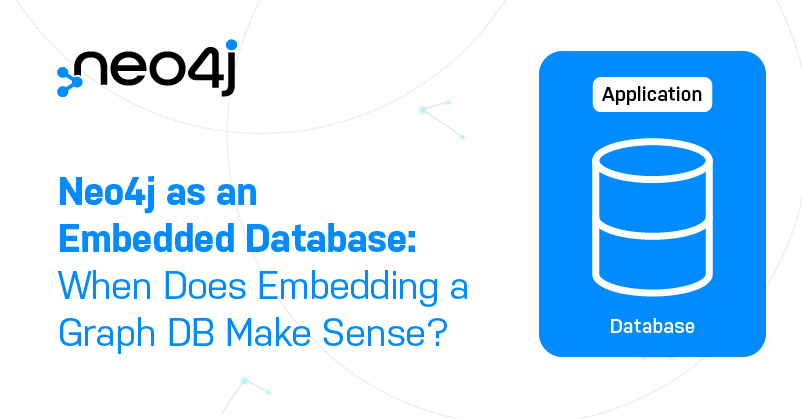 Neo4j as an Embedded Database: When Does Embedding a Graph DB Make Sense?Dec 23, 2021 9 mins read