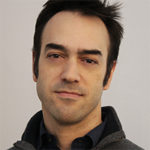 Originally from Mexico, José spent six years in Japan, first for his studies and later to work in the financial industry. He transferred to NYC in 2007 just as the financial crisis exploded, and witnessed its development from inside Wall Street. This and other experiences contributed to his growing interest in investigative and data journalism and, in 2016, he left the financial world to join the Columbia Journalism School.