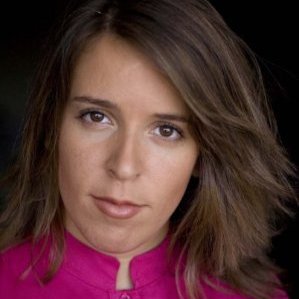 Mar Cabra is the head of the Data & Research Unit at the International Consortium of Investigative Journalists (ICIJ), which produces the organization’s key data work and also develops tools for better collaborative investigative journalism. She has been an ICIJ staff member since 2011, and is also a member of the network.

Mar fell in love with data while being a Fulbright scholar and fellow at the Stabile Center for Investigative Journalism at Columbia University in 2009/2010. Since then, she’s promoted data journalism in her native Spain, co-creating the first ever masters degree on investigative reporting, data journalism and visualization and the national data journalism conference, which gathers more than 500 people every year. She previously worked in television (BBC, CCN+ and laSexta Noticias), and her work has been featured in the International Herald Tribune, The Huffington Post, PBS, El País, El Mundo or El Confidencial, among others. In 2012, she received the Spanish Larra Award to the country’s most promising journalist under 30.

How the ICIJ Used Neo4j to Unravel the Panama Papers

Editor’s note: The recently revealed Paradise Papers investigation used Neo4j as a key technology to find connections in leaked data. In this blog post from last year, the ICIJ’s Mar Cabra talks about the similar investigation into the Panama Papers and how Neo4j was used in that effort. I... read more