In this blog series, we’ll take a closer look at how your data science and fraud investigation teams can tap into the power of graph technology for detecting first-party fraud as well as sophisticated fraud rings.

In this first blog of our four-part series, we scope the problem, discuss current tactics and describe how graph data science augments them.

In subsequent blogs, we will dive into graph algorithms and examples of applying graph data science to uncover first-party fraud as well as fraud rings. 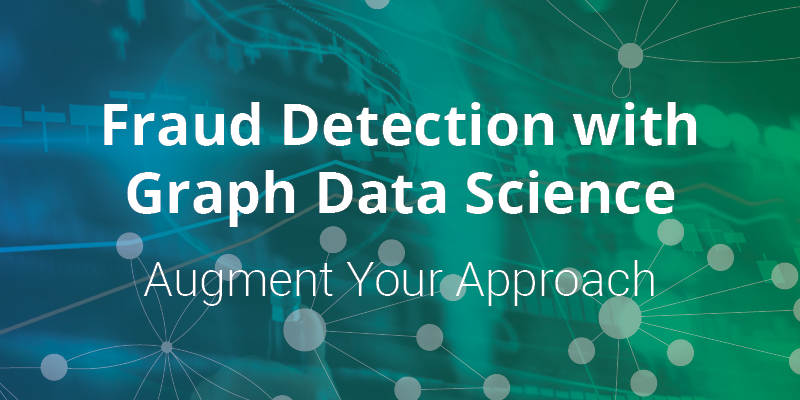 The Challenge of Detecting Financial Fraud

Stemming the wave of financial loss requires constant vigilance since fraud perpetrators continue to evolve their tactics, allowing them to evade detection.

At the same time, fraud rings – both small and large – are on the rise. With multiple parties involved in fraud, the associated loss skyrockets. In its 2018 Report to the Nations, the Association of Certified Fraud Examiners (ACFE) found a direct correlation between the number of participants and the cost of a fraud incident, rising from an average of $74,000 for one perpetrator to $339,000 for three or more perpetrators. Like pack hunters, fraudsters are a greater threat when they work together.

The question becomes how to reduce losses from fraud given these challenges.

Why Current Tactics Fail to Identify All Fraud

Research on social network analysis highlights the predictive power of analyzing network structure. As James Fowler says in his book, Connected, “Increasingly we’re learning that you can make better predictions about people by getting all the information from their friends and their friends’ friends than you can from the information you have about the person themselves.”

Network analysis captures the inherent relationships between data elements. We are accustomed to thinking of social network data as a graph, but in fact, any type of data can be represented in this way. For example, it’s possible to visualize account holders and their information as a graph.

Tabular data models, with data organized in rows and columns, are not designed for capturing the complex relationships and network structure inherent in your data. Analyzing data as a graph enables you to reveal and use its structure for predictions, and with a graph database you can persist these connections for later analysis. 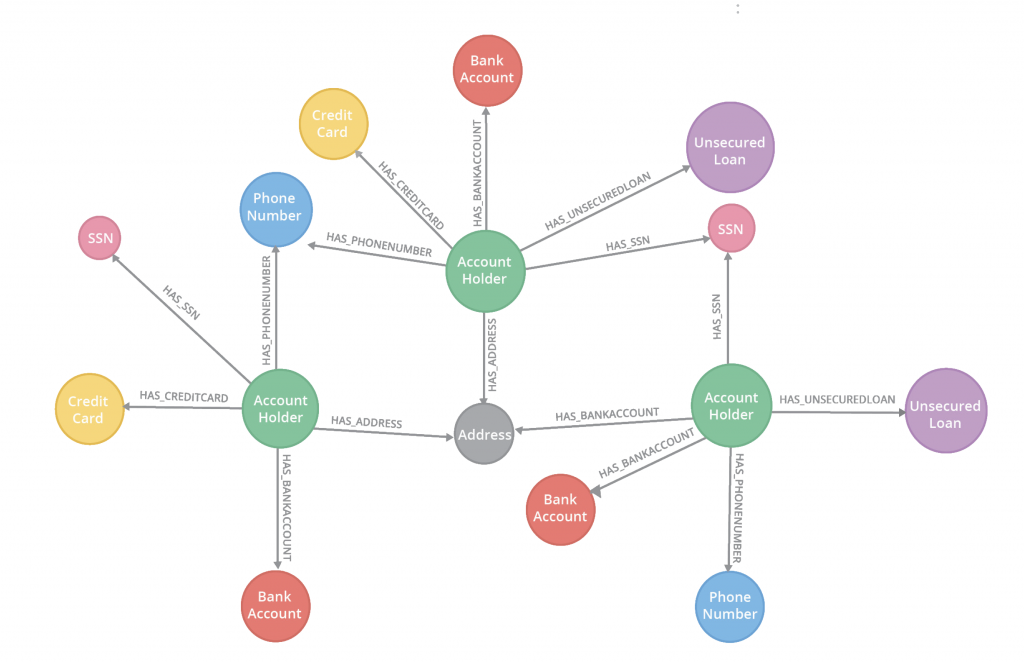 Graph data science enables you to explore and analyze network structures using searches, queries and graph algorithms. Although graph data science draws upon graph theory, a subfield of discrete mathematics, you don’t need an academic background to benefit from it.

Improved prediction accuracy derives from graph analytics and graph feature engineering. Once data is connected in a graph database, it is possible to engineer graph features derived from connection-related metrics such as the number of relationships going into or out of nodes or a count of potential triangles or neighbors in common. Community detection algorithms highlight groups in your data so you can investigate possible fraud rings and dig deeper into unusual patterns.

With graph data science, you detect more fraud in the data you already have without changing your ML pipeline. By analyzing historical data in this way, you may uncover fraud that is still recoverable, adding top-line benefits. Once you find patterns indicative of fraud, incorporate them in real-time operational fraud detection systems to stem such losses in the future.

As we have shown in this first blog in our four-part series on fraud detection with graph data science, there are numerous challenges to detecting financial fraud, and current tactics often fail to find all the fraud lurking in your data. Graph data science uses network structure to identify fraud in connected data.

Next week, in blog 2 of this series, we will highlight several ways to use graph data science to detect financial fraud.


Discover how organizations are adding graph data science to their machine learning pipelines to find more fraud. Click below to get your copy of Financial Fraud Detection with Graph Data Science.