The Neo4j Graph Algorithms Library is used on your connected data to gain new insights more easily within Neo4j. These graph algorithms improve results from your graph data, for example by focusing on particular communities or favoring popular entities.

This blog series is designed to help you better leverage graph analytics so you can effectively innovate and develop intelligent solutions faster.

This week we will take an in-depth look at the Neo4j Graph Algorithms Library. We developed this library as part of our effort to make it easier to use Neo4j for a wider variety of applications. 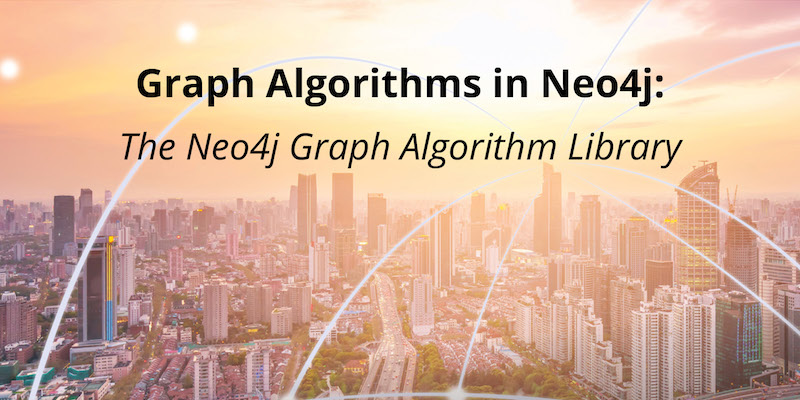 The Neo4j Graph Algorithms Library: Why and How

We developed the graph algorithms library as part of our effort to make it easier to use the Neo4j graph database for a wider variety of applications. These algorithms have been tuned to be as efficient as possible in regards to resource utilization as well as streamlined for management and debugging.

Note: If you want to try out the examples in the rest of the blog series, you’ll need to first install the graph algorithms library. For detailed instructions, please download the free eBook at the end of this blog and follow the directions in Appendix B.

Neo4j graph algorithms are available as user-defined procedures called as part of Cypher statements running on top of Neo4j. Here is an architecture diagram. 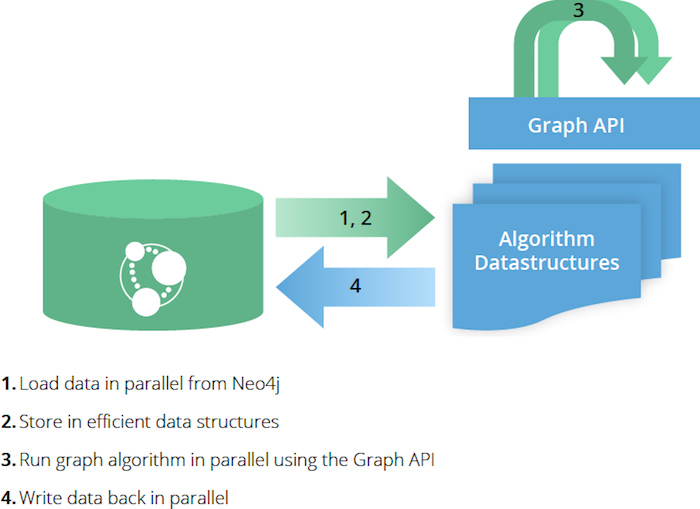 These algorithms are exposed as Neo4j procedures. They are called directly using Cypher in your Neo4j Browser, from Cypher Shell or from your client code. For most algorithms, there are two procedures:

For large graphs, the streaming procedure might return millions, or even billions, of results. In this case, it may be more convenient to store the results of the algorithm, and then use them with later queries.

This is one of the use cases for a handy feature called graph projection.

Graph projection places a logical subgraph into a graph algorithm when your original graph has the wrong shape or granularity for that specific algorithm. For example, if you’re looking to understand the relationship between drug results for men versus women but your graph is not partitioned for this, you’ll be able to temporarily project a subgraph to quickly run your algorithm upon and move on to the next step.

We project the graph we want to run algorithms on with either label and relationship-type projection, or Cypher projection (shown below).

During the projection of an undirected subgraph, two relationships between a pair of nodes is allowed (there is no direction).

We also return a property value or weight (according to our config) in addition to the ids from these statements.

Cypher projection enables us to be more expressive in describing the subgraph that we want to analyze, but it might take longer to project the graph with more complex Cypher queries.

The default label and relationship-type projection has a limitation of two billion nodes and two billion relationships, so if our projected graph is bigger than this, we need to use a huge graph projection. This is enabled by setting graph:"huge" in the config.

For transactions and operational decisions, you need real-time graph analysis to provide a local view of relationships between specific data items and take action. To make discoveries about the overall nature of networks and model the behavior of complex systems, you need graph algorithms that provide a broader view of patterns and structures across all data and relationships.

The following table is helpful for working out the appropriate algorithm for your use case. 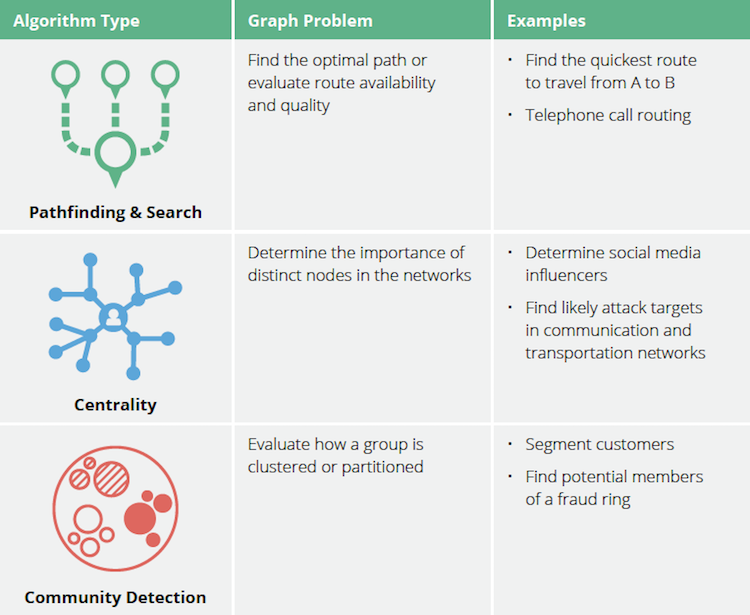 As we’ve shown, the Neo4j Graph Algorithms library is used on your connected data to gain new insights more easily within Neo4j. These graph algorithms improve results from your graph data, for example by focusing on particular communities or favoring popular entities.