Last week we started our look at Community Detection algorithms, with our look at the Strongly Connected Components algorithm.

This week we continue our exploration of these algorithms, with a look at the Weakly Connected Components algorithm, which finds groups of nodes where each node is reachable from any other node in the same group, regardless of the direction of relationships.

The Weakly Connected Components, or Union Find, algorithm finds sets of connected nodes in an undirected graph where each node is reachable from any other node in the same set.

Bernard A. Galler and Michael J. Fischer first described this algorithm in 1964. The components in a graph are computed using either the breadth-first search or depth-first search algorithms.

When Should I Use Union Find?

Let’s see the Union Find algorithm in action. The following Cypher statement creates a graph of people and their friends. 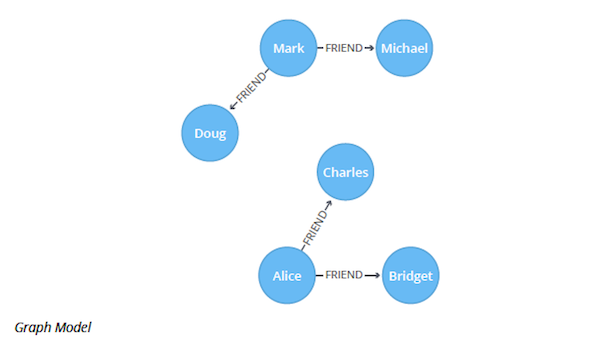 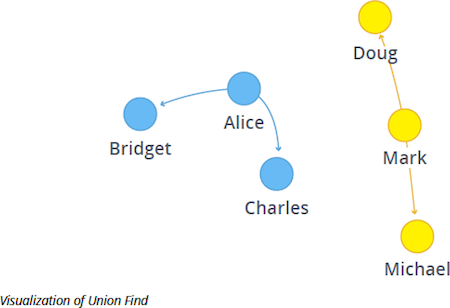 We have two distinct groups of users that have no link between them.

As we've seen, the Weakly Connected Components algorithm is often used to enable running other algorithms independently on an identified cluster. As a preprocessing step for directed graphs, it helps quickly identify disconnected groups.

Next week we'll continue our focus on Community Detection algorithms, with a look at Label Propagation.

Find the patterns in your connected data
Learn about the power of graph algorithms in the O'Reilly book,
Graph Algorithms: Practical Examples in Apache Spark and Neo4j by the authors of this article. Click below to get your free ebook copy.

Get the O'Reilly Ebook