This week we have Hierarchical community detection using Louvain and a Case Law Network Graph. We also learn how to creating a schema.org linked data endpoint on Neo4j, do Authorization in the GRANDstack, learn taxonomies from user tagged data, and more!

This weeks featured community member is Will Lyon, a fellow Developer Relations Engineer at Neo4j.

I first came across Will when he built a prototype for interacting with Neo4j Spatial directly from Cypher as part of Google’s Summer of Code 2014.

Will joined Neo4j as part of the Developer Relations team since 2015, and has been a regular speaker at conferences and meetups, covering topics like Polyglot Persistence, Building Recommendation Engines, and of course the GRANDstack.

Will is the mastermind behind the GRANDstack, a set of modern tools for building full stack apps and has also been influential in driving the use of graphs for Data Journalism.

On that note, Will will be speaking on Monday 22nd October 2018 in New York City alongside the International Consortium of Investigative Journalists (ICIJ) New York University and Columbia University – Graduate School of Journalism at the Fast Company Innovation Festival. Don’t forget to say hi if you’re going!

On behalf of the Neo4j community, thanks for all your work Will!

Thank Will for his work

Last week Jesús Barrasa released a new version of the neosemantics library that can be used to import RDF into Neo4j. This release includes model mapping and microinferencing capabilities.

Jesús has also written a blog post showing how to use the mapping feature to create a linked data endpoint on top of a Neo4j database containing data from IMDB. The schema for the endpoint comes from the widely used public schema repository schema.org.

Daniel Hoadley has been using Neo4j to depict the connections between English law cases, and has written a blog post explaining how he did it.

Daniel shows how to import the data from CSV files to Neo4j, run centrality and community detection algorithms, and visualize everything using neovis.js.

“How do I handle authorization with GraphQL?” is a question that I’ve heard after almost every talk that I’ve given about the GRANDstack.

Will Lyon has now answered everyone’s prayers with his latest blog post in which he shows how to implement authorization in a simple fullstack GraphQL demo application by building custom schema directives using the graphql-tools library. 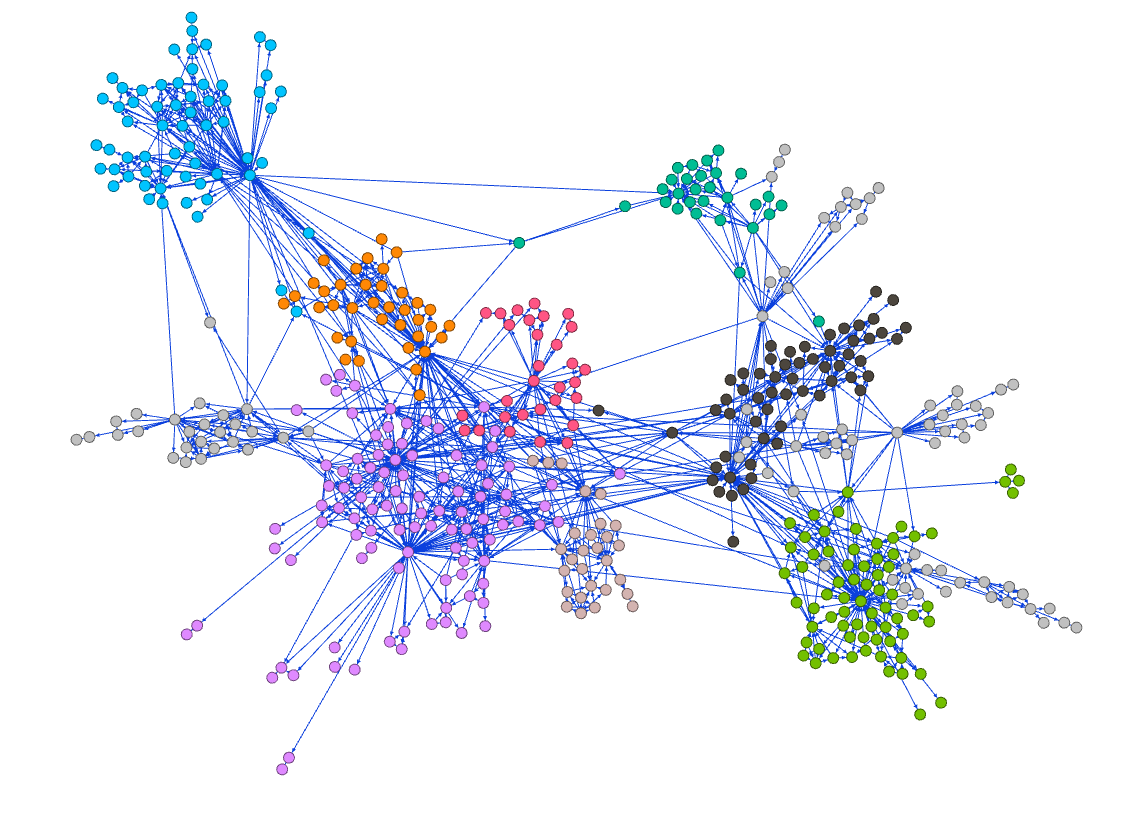 The Louvain algorithm is a modularity based community detection method that returns intermediate communities that nodes belong to as well as their final community. It is therefore very useful for finding small communities that may be missed by other algorithms.

Tomaz Bratanic shows how to use it to find communities at different levels of granularity in a Game of Thrones dataset, and then visualizes those communities using Gephi. 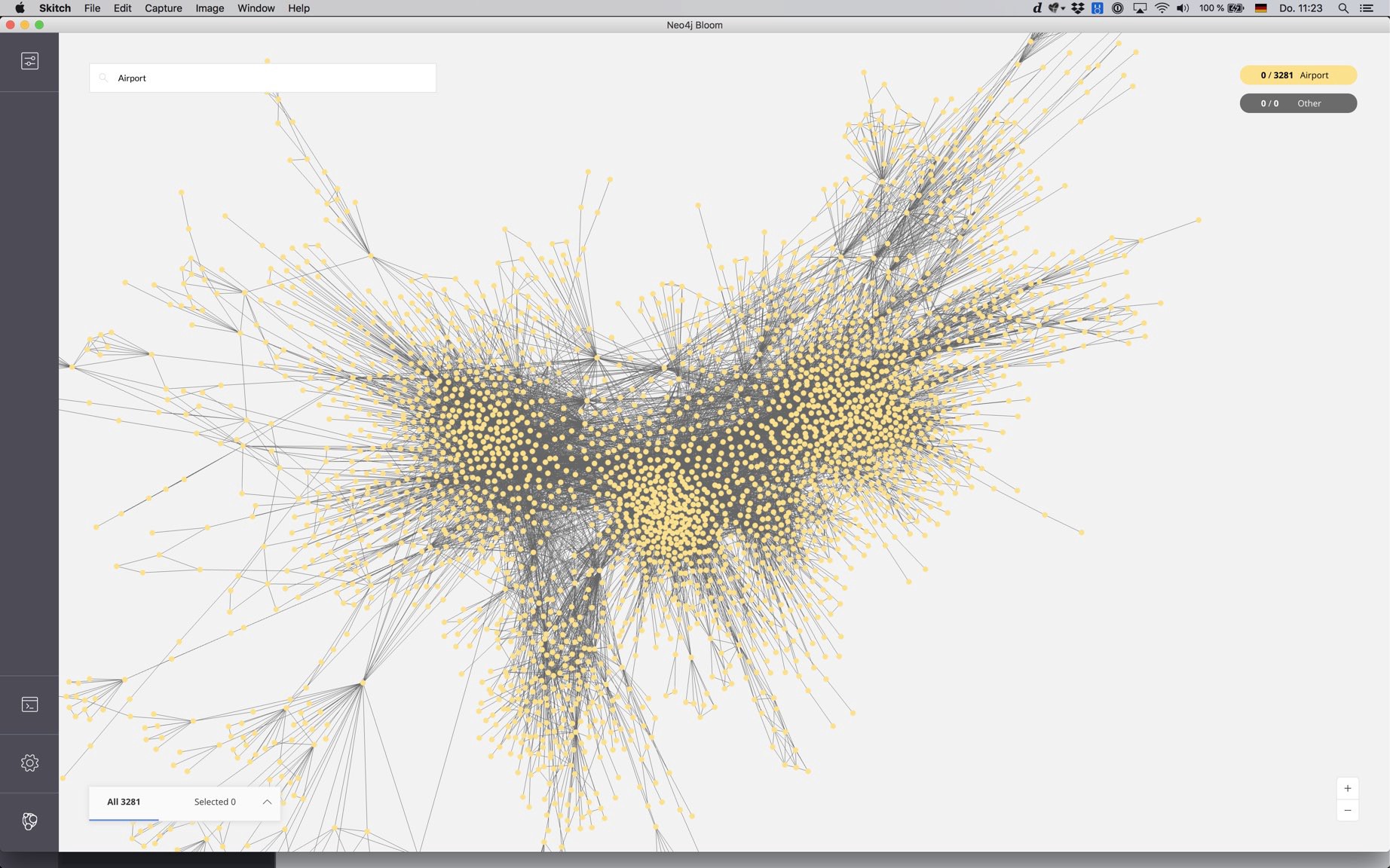 Michael Hunger has written a blog post showing how to turn a big JSON file of airports into a useful graph.

Michael uses a variety of different procedures from the APOC library to load the data and clean it, and then uses Neo4j Bloom to visualize the whole network and run some routing queries. 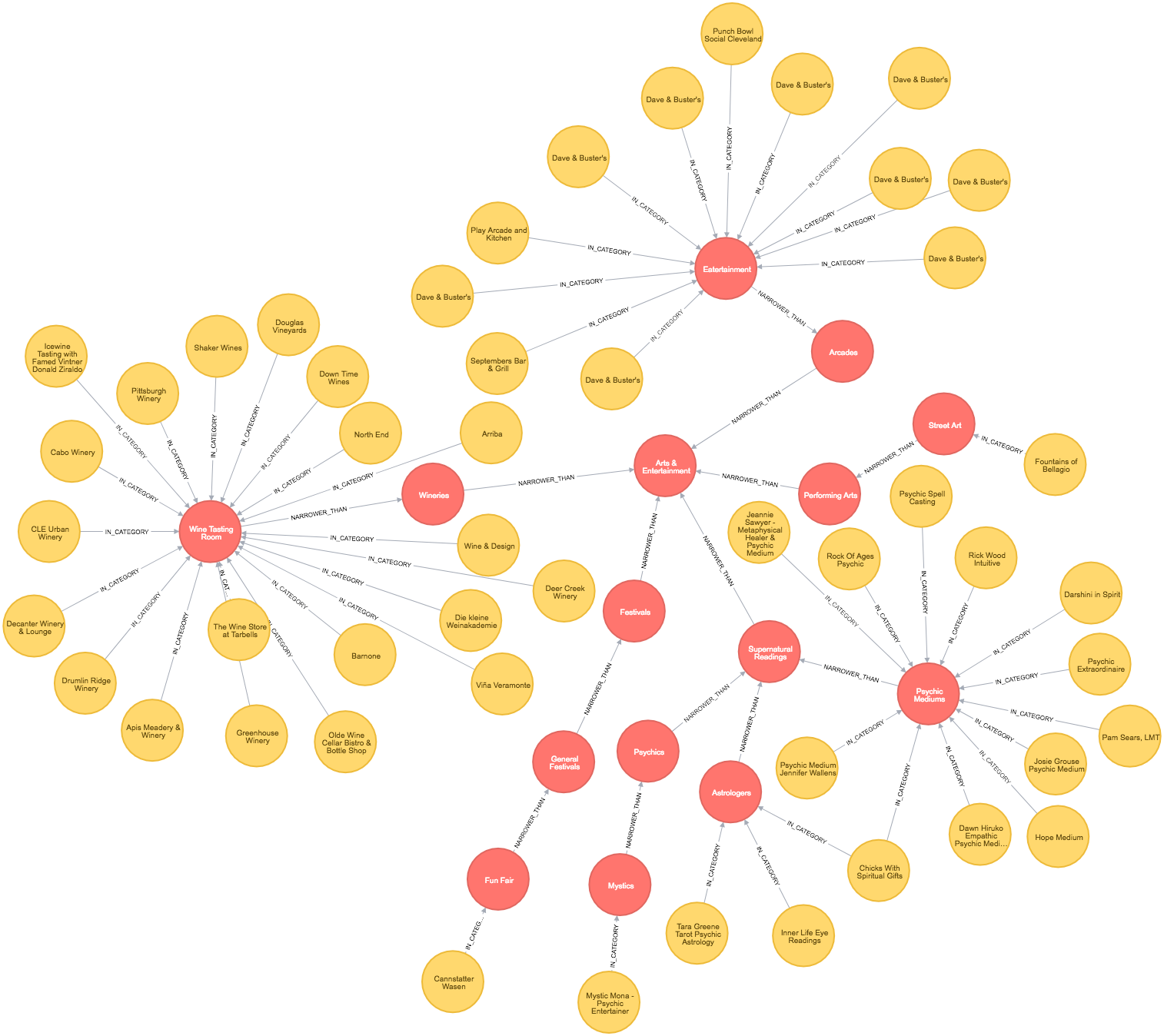 My favourite tweet this week was by Stefan Schubert:

Last 4 trainrides took in sum close to 23h instead of 16h. I would really like to have access to @DB_Bahn's realtime data for pumping it into a @neo4j. It could really shine a light on what is going horribly, horribly wrong there…