In this week’s video, Florent Biville builds out an Angular.js frontend for the Spring Data 6 application. 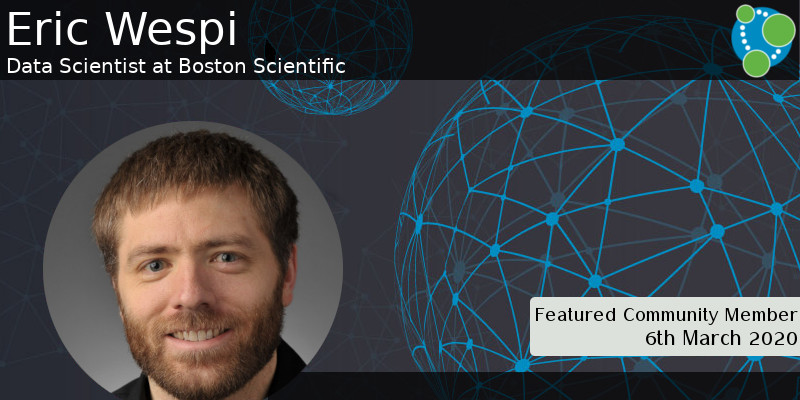 Eric is a Data Scientist at Boston Scientific, where he’s worked for the last 5 ½ years. Before that, he was a Process Engineer for a decade at Intel.

Eric has been part of the Neo4j community for several years and presented How Boston Scientific Improves Manufacturing Quality Using Graph Analytics with Eric Spiegelberg at GraphConnect NY 2018.

Eric recently presented The Journey to Cloud: Implementing AuraDB at Boston Scientific at the Neo4j and the Cloud Connections event. In this interview, Eric explains why AuraDB Enterprise has worked well for his Data Science team and their plans for new use cases going forward.

Connect with Eric on LinkedIn

Building the frontend with Angular.js | Starting an application with SDN 6

Our video this week is from Florent Biville’s Starting an application with SDN 6 live stream.


In this episode, Florent builds out an Angular.js frontend that calls the API developed in previous episodes.

In Jesús Barrasa’s latest QuickGraph he shows how to make sense of the taxonomy around the Perseverance rover that recently landed on Mars.

Kristof Neys illustrates how to integrate a Graph Attention Network model using the Deep Graph Library into the Neo4j workflow and deploying the Neo4j Python driver.

The Spark of Neo4j, Modelling and loading data, Merging Nodes

Daniel Heward-Mills demonstrates how to combine the power of SPARQL, SQL, and Cypher using Neo4j and OpenLink Virtuoso.

My favourite tweet this week was by Tomaz Bratanic: