This week we work out the best tennis player in the world using weighted PageRank, we learn how to do backups on Kubernetes, and how to model financial risks. We also have a great story about using Neo4j to store the storylines of an interactive Theatre Production, and there’s the launch of the Graph Gallery Graph App. 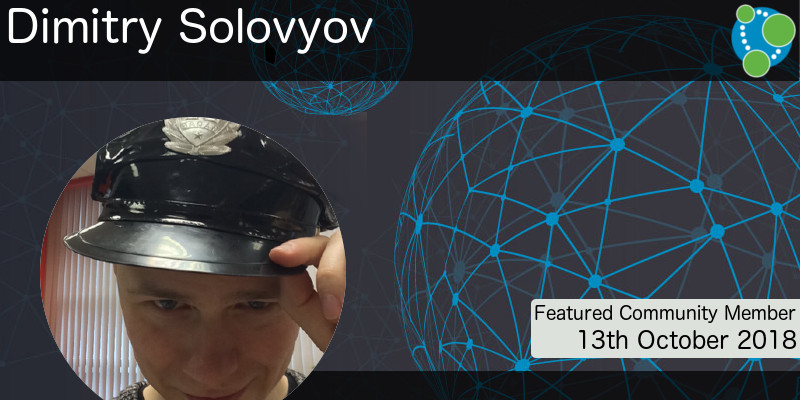 Dimitry has been working with our partner Neueda. Over the last year he was one of the main contributors to the Cypher for Gremlin transpiler.

Dimitry is an active member of the openCypher implementers group and has frequently presented on the progress of the project at the groups’s meetings and other events.

He also co-presented on the topic at GraphConnect 2017 in NYC in Cypher Everywhere: Neo4j, Hadoop/Spark and the Unexpected

On behalf of the Neo4j community, thanks for all your work Dimitry!

Thank Dimitry for his work 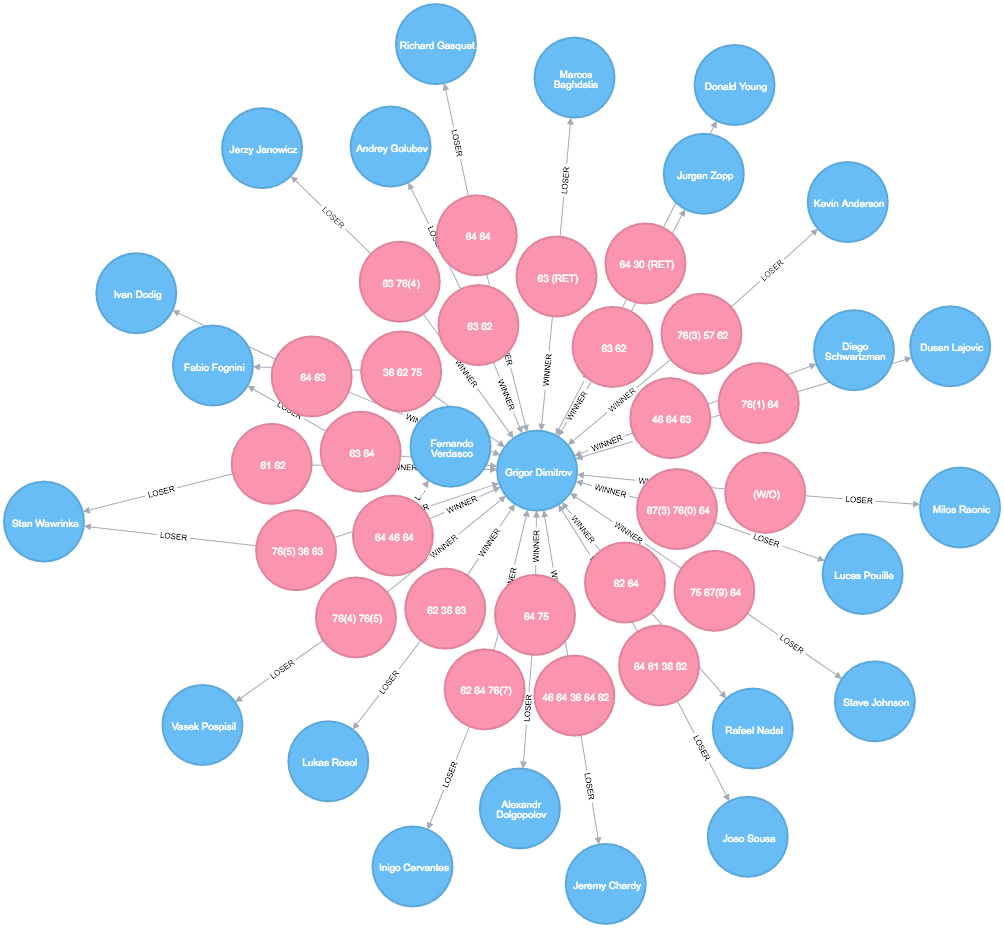 This week we released version 3.4.8.0 of the Neo4j Graph Algorithms library, which now has support for weighted PageRank. Tomaz Bratanic and I have written blog posts showing how to use it.

Tomaz beat me to it, showing the difference in using non weighted and weighted PageRank to find the most influential IP addresses on an AT&T Network telecommunications dataset from Kaggle.

I then wrote a blog post where I attempted to reproduce Filippo Radicchi’s paper in which he works out who was the best tennis player ever. Spoiler alert: It’s Roger Federer!

How to Model Financial Risk with a Graph Database

Joe Depeau presented a webinar this week in which he showed how to model financial risk in a graph database, with a particular focus on FRTB compliance.


Joe shows how to model investment risk at the trading desk level as a graph, and finishes with a demo of such a model using Neo4j Bloom

How to Painlessly Unite Art with Java, JavaScript, and Graphs Alex Tavgen published an article explaining one of the coolest uses of Neo4j that I’ve come across.

Alex and his team produced a theatre production where the story evolves based on audience participation. After each scene the audience votes and the next scene is based on the outcome of the vote. If they vote for a utopia, it will descend into dystopia.

Behind the scenes they use Neo4j to store a graph of all the scenarios built by the scriptwriters. It’s all wired together to a web application that uses Spring Boot, which has support for Neo4j out of the box.

Meet the Graph Gallery – Graph Examples on your Desktop 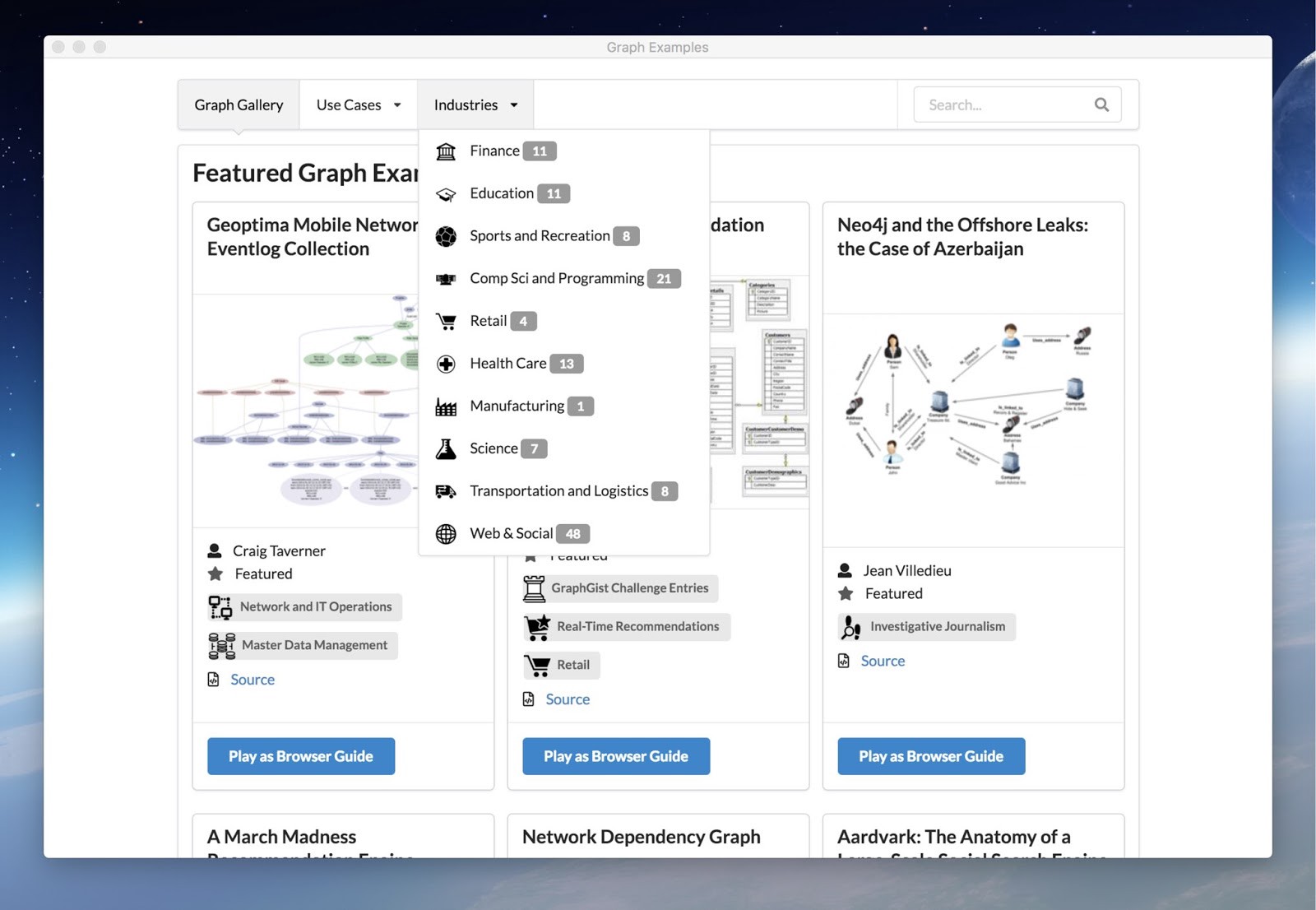 Graph Apps are single-page applications that takes advantage of some services provided by Neo4j Desktop around the the management of Neo4j Databases.

This week Michael Hunger launched a new Graph App – “Graph Gallery”. It allows you to browse and search Graph Examples (also known as Graph Gists) provided by the Neo4j Community across a variety of use cases and industries.

With a single click, you can launch any of those examples as a Browser Guide in the Neo4j Browser of your currently running database.

On the podcast: Michael Simons

Michael gives an overview of Spring Boot and how Neo4j OGM and Spring Data Neo4j play in that ecosystem, and explains his entry into the world of graphs via jQAssistant, the popular software analytics tool.

Michael also shares his views on the future of the software industry and his plans to build a new talk around the intersection of SQL and Cypher analytical queries. I look forward to seeing that talk when it’s ready!


Want to help build Neo4j as a Service?

The Neo4j Cloud team are growing and need SRE and engineering people to help build and power the managed Neo4j-as-a-service offering.

If you’re interested or know somebody who might be, you can learn more at the link below.

Help build Neo4j as a Service

My favourite tweet this week was by Jessica Kerr: