Recently we announced the availability of some super efficient graph algorithms for Neo4j. In case you missed the announcement, we now have an easy-to-use library of graph algorithms that are tuned to make full use of compute resources.

As part of assisting with this ongoing project, I needed to come up to speed as well as compile a list of graph algorithm and graph theory resources. Although this seemed like a short task, my list grew and continues to grow. 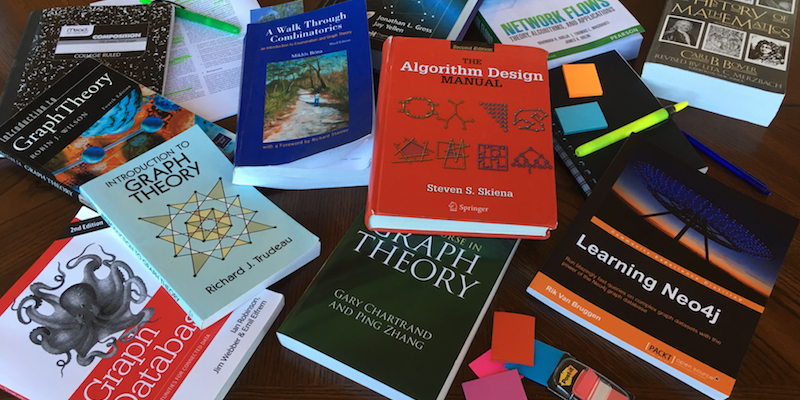 So with that in mind, I wanted to share our list of graph theory and algorithms books, resources, and videos. Our team has reviewed many of these but many are still on our to-do list.

I’ve noted the Top 13 based on reviews or personal recommendations but included other resources that might warrant a look. You’ll also notice this is broken into two sections: Basics for those getting up to speed on graph technology concepts and Getting Serious for those ready to dive in deep.

I hope you have as much fun with these as I have. Please let me know if there are other notable resources I’ve missed or if my rating of the Top 13 is off.

These graph theory resources are for those just getting started with graph concepts and business users that need the fundamentals. (Sometimes just certain chapters are even enough.)

These graph algorithm and theory resources are for those with more mathematics background or ready to spend more time going deep. 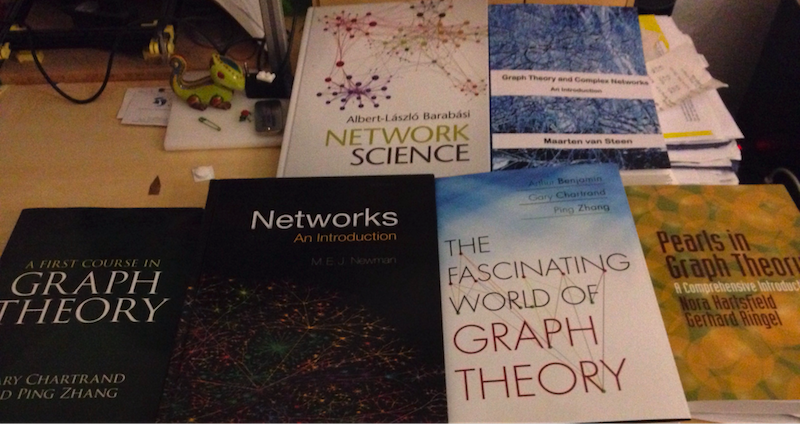 I had to cut the list off somewhere, but I also wanted to you see the other possible resources and provide feedback if you have experience with any of them.

I’m certain I missed a lot of good videos; there are just too many to review!


Ready to take your graph analytics to the next level? Click below to get your free copy of the O’Reilly Graph Algorithms book and discover how to develop more intelligent solutions.