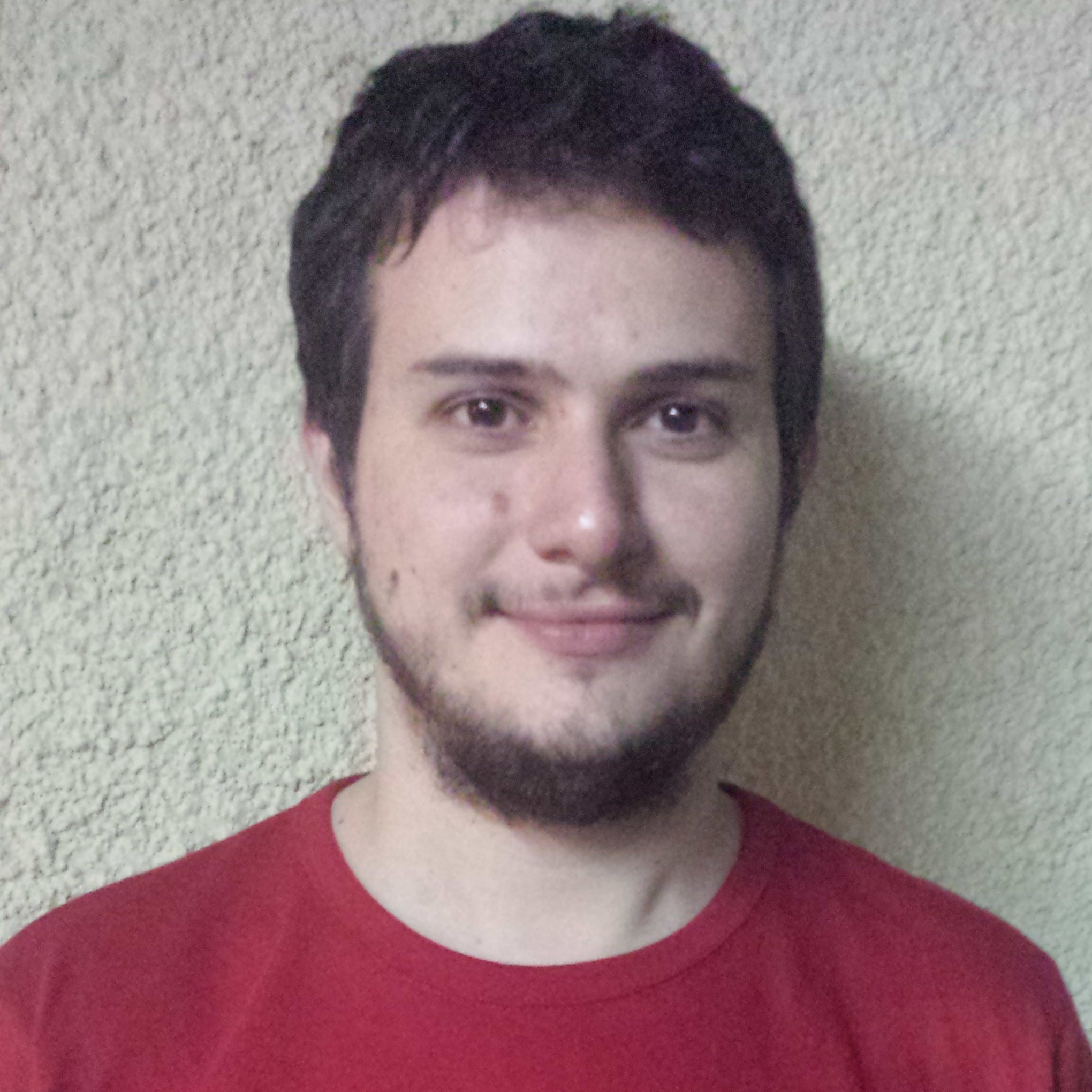 They are also very popular for books and music…but not so much for video games. Indeed there are a lot of game databases online, but they do not have the objective of recommending games, so their search and recommendation options are pretty limited.

Game Discovery is a web application that fills the gap for recommendation engines targeting video games. It uses only game characteristics, without the need to spend time rating games, allowing users to get quick results for simple or complex queries.

The secret that powers the system is the manner the data is structured, a graph database known as Neo4j. The recommendation algorithms running at Game Discovery heavily rely on the graph layout of the data and this was the reason why Neo4j was chosen over other types of database like relational or document databases.

As stated by many specialists, the more data you have, the better the recommendations you can provide. I would complement by saying that having data in an easy format to manipulate also helps a lot.

The following query gives a hint of how data is structured at Game Discovery. 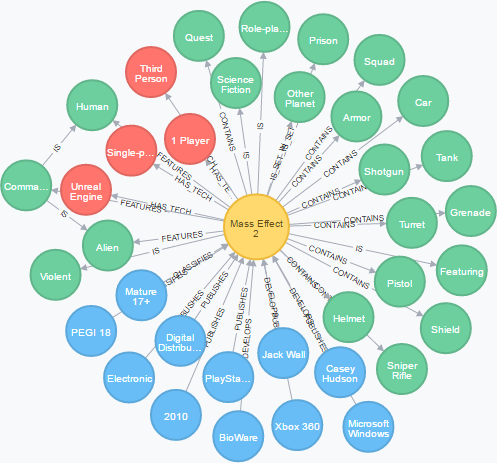 There are conceptually only two types of nodes, Game and Characteristic, and both have only basic attributes like unique id, name and description. Characteristic nodes can be everything that describes a game, such as: Company, ReleaseYear, Genre, Theme, etc.

The power that makes recommendations work comes from the relationships: they all have a single relevance attribute that indicates that some relationships are more important than others.

For example, two games are more similar because they feature the same characters or are part of the same series than two games that were published by the same company or have the same genre. Relationship directions do not really matter, so the graph is treated as an undirected graph.

It is possible to make complex queries in Neo4j using Cypher, but when talking about graph algorithms, there are libraries like Python NetworkX and R igraph that covers a lot more ground.

Because of this, Game Discovery runs its algorithms in memory using a simplified and modified version of the graph containing only the node ids and relationships. After an algorithm is executed, the rest of the data is loaded from Neo4j to be displayed to the user.

The main modification to the graph being processed in memory is that relationships between two nodes are grouped; their relevances are summed and also inverted, so the higher the relevance, the nearer to zero it will be. The reason for this is to allow the system to run shortest path algorithms, making the shortest path the one with the highest relevance between two nodes.

In the following example, the selected games are not only considered more relevant because they have more connections with the searched company (Electronic Arts), but also because the DEVELOPS relationship is considered to be more important than the PUBLISHES relationship. 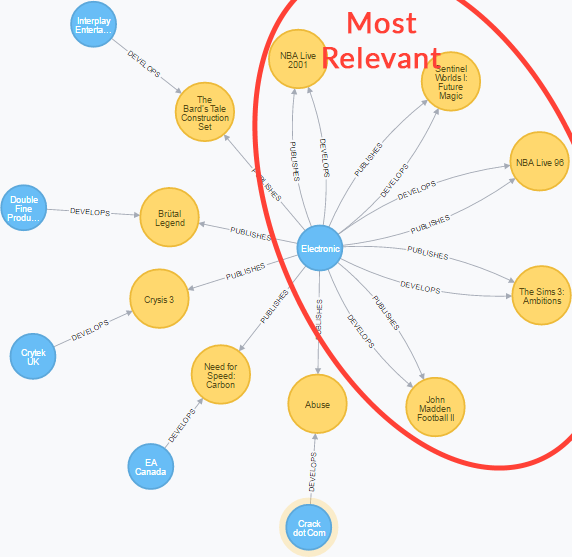 The most relevant paths.

Hierarchical queries are a strong advantages of using this path traversal approach. For example, when a user searches by game sets in Europe, it doesn't just return nodes for games directly connected to Europe. It will also pull up games set in Italy, France, Germany or other European countries because these countries are connected to node Europe as a sub-location.

This can be seen in the following query:

When the user searches by a game, the system checks which neighbor games share most characteristics with the selected (i.e., searched-for) game. The higher relationship relevances then are taken into account. The ones with the highest score are the more relevant.

There is still room for improving the recommendation algorithms, like considering the number of hops or the sum of N first shortest paths between two nodes, but the current implementation has served to prove it works. The larger and more precise the data, the better the results it can provide.


Want in on awesome projects like this? Click below to get your free copy of the Learning Neo4j ebook and catch up to speed with the world’s leading graph database.
Learn Neo4j Today

Renato Dinhani has been building traditional enterprise applications since 2010 using Java and .NET stacks. Also a gamer, since 2015 he is putting effort into bringing to life Game Discovery, his long-lived idea of a tool to discover new games based on the game characteristics.