“The future of graph technology is already here. It’s everywhere, because we can model anything in a way that’s more close to how it is in real life,” said Alicia Powers, Senior Vice President at New York City Economic Development Corporation (NYCEDC).

For Alicia, it’s all about the visualization. While working as a researcher at the New York City Economic Development Corporation, she took on a side project to build a recommendation engine to see different connections in eating and how it relates to health. To see the data patterns through the lens of Neo4j, she was able to make deeper connections to the people representing her data.

In this week’s five-minute interview (conducted at GraphConnect New York) we discuss Alicia’s project in which she understand food and eating by building a recommendation engine using Neo4j.

Talk to us about how you guys use Neo4j at New York City Economic Development Corporation.

Alicia Powers: Well, I came to Neo4j to work on a hobby project. I was really interested in understanding food and trying to build a recommendation engine. And I wanted to use Neo4j to help me visualize data and its connection to health. So that’s how I came to it. And I’ve been working on this project, my side project, for two years now.

Why did you choose Neo4j?

And if you’re using like a SQL or even a document database, it’s really hard to start to see the patterns, visually. And I’m a visual learner. I love pictures. And Neo4j presents the data in the way that people actually see the data, experience the data, live the data.

What were some of your most interesting or surprising results you’d had while using Neo4j?

Powers: So if I were going to start the project over from the beginning, knowing everything I would know now, I actually probably would rely on Neo4j help more than I did at the beginning.

I kind of just dove in and worked, reading different things. There’s a Slack channel, and a community – there are lots of people you can talk to, and they’re extremely friendly. So I would’ve relied on that more probably early on in the process. 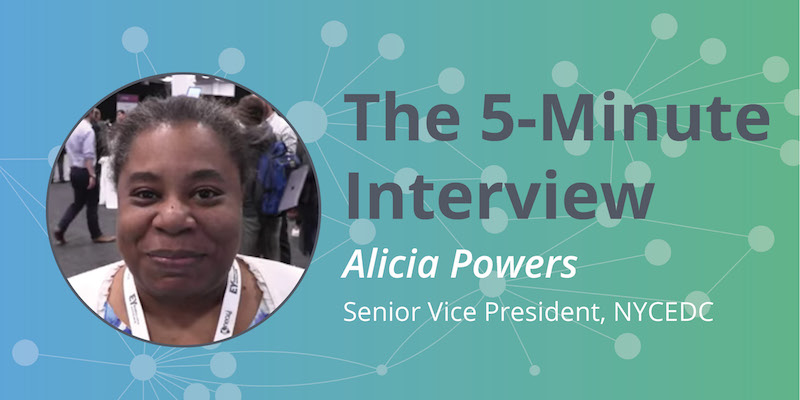 What do you think the future of graph technology looks like?

Powers: The future of graph technology is already here. It’s everywhere, because we can model anything in a way that’s more close to how it is in real life. So neural networks – connections – help people connect to one another in an actual social network. All of these things are graphs. Everything can be a graph.

And so when I come to GraphConnect, it’s really clear by the presentations that graph databases can be used for any single domain that there is. And I think, as far as the future, it’s just a matter of more organizations, more companies, using them and using them well.

Powers: I really can’t stress enough how the graph community is so kind and nice. Sometimes in the tech community, people are not as friendly or open. And so this particular conference – this is my second conference – I’ve found people to be extremely open and very passionate and excited about graphs. Which, I am too, so it kind of works out.

Level up your recommendation engine:
Learn why a recommender system built on graph technology is more powerful and efficient with this white paper, Powering Recommendations with Graph Databases – get your copy today.