The Doctor Is In: FSMB Creates Recommendation Engine to Streamline Medical Licensure

The road to becoming a physician is time-consuming and rigorous, with plenty of knowledge checks along the way. The Federation of State Medical Boards (FSMB) is a member association for the state medical boards within the United States, and it plays a big role in the medical licensure examinations that prospective U.S. physicians are required to take.

By the numbers: Federation of State Medical Boards

FSMB is using Neo4j to make the journey to licensure less convoluted and more user friendly by connecting physicians to the right examinations and services at the right time.

It’s no small feat, considering there are multiple examinations, plus administrative work that can take months to complete. FSMB has multiple service offerings that help streamline this process. The organization also plays a key role in a three-exam series known as the USMLE, which stands for the United States Medical Licensing Examination.

“With all the many different requirements for licensure, physicians would come to us and not easily know what they had to do, or even could do through us,” said Anne Lam, a senior software engineer at FSMB. “We realized we had a problem.”

What to Do with All This Data? Graph It!

FSMB takes in data from many sources, including exam administrators, and so it has a vast collection of information on which exams folks have taken, which exams they’re eligible to take, as well as geographic data and regulatory data that might make a difference when it comes time for any one person to apply for their medical license.

The solution, as Lam and the team saw it, was to build a recommendation engine for its website. They envisioned creating something that could, for example, identify a user who had yet to pass USMLE Step 3, and then recommend it to them and confirm their eligibility for it. Or, if a user who graduated with an MD, completed training in Nevada, and had not yet obtained a full license anywhere, they would not only get a recommendation to apply for licensure in Nevada, but they’d also be put on a path to complete the specific application required by that state.

“We decided a graph database would be the right tool for the job,” Lam said.

Despite having never worked with a graph database before, the FSMB team felt the graph was the best choice for their use case and that the correct play was to start small, by building a recommendation engine that could identify users who were ready to take the USMLE Step 3.

They could have built a workable solution without a graph database, but the team had the vision and foresight to understand where they are now—and where they want to go. They knew they needed strong underlying technology behind their application to grow it into something bigger down the road. So they started researching their options. They landed on Neo4j AuraDB Enterprise, hosted on AWS.

“We use Elastic’s AWS offering as well as AWS file storage, and the reason we chose Neo4j AuraDB on AWS is because we went through an online AWS conference that talked about using the right database for the job. That’s where we started thinking graph,” said Jill Putnam, Enterprise Data Manager at FSMB.

“Neo4j just kept coming up at the top of the lists every time we would start looking,” she said. “Then I started digging into how easy it would be to implement the graph and learn the Cypher query language—it was just like second nature. It was so quick to pick up.”

Architecting a Solution in the Cloud with AWS

FSMB is both a multi-cloud and hybrid environment, where the majority of its document metadata remains on premise. They chose this particular architecture to allow their users to quickly and easily download documents without having to go through any of FSMB’s servers.

With structured and unstructured data coming in from many sources, FSMB stores it all in a data lake, but relies on an on-premise mapping to quickly locate where its files are within the data lake and update them as needed.

The team lets logic drive its decisions around its tech stack and systems infrastructure.

“FSMB is not necessarily a ‘cloud-first’ organization, but we’re certainly ‘cloud smart’ in that our infrastructure team prefers to deploy in the cloud wherever possible,” said Cyndi Streun, VP of Information Services. “When we evaluated AuraDB during an AWS Innovate session, it took us outside of our SQL world, which turned out to be the right fit for this solution.”

The Doctor Is In, With Results

The result is an expandable recommendation engine with a high ceiling for growth, designed to improve the flow and experience on the exam registration website and guide future doctors through the process.

FSMB put its phase 1 recommendation engine into production in April 2022. The results were immediately visible – calls, emails, and live chat requests for the customer services department dropped nearly 50%. Bottom line: More doctors are getting through the registration process without having to contact customer support.

In addition to the quantifiable drop in support center volume, the new system creates something valuable but less quantifiable: a smooth user experience.

Instead of getting to the website and getting confused or frustrated, future doctors get a clear and action-oriented experience.

“Now they get to the site and we’re showing them different landing pages based on the data in the graph based on where they are in the process,” said Putnam. “And it is just a better fit because it explains their particular situation at that particular moment much better.”

Growing Up with the Graph

Now that they’ve got phase 1 online, the next step for FSMB is to expand its recommendation to go beyond the USMLE Step 3. And because all the physician data is connected, FSMB can continue to recommend the right things to the right people at the right time. Four months after go live, there were over 186,000 physicians in the graph for USMLE Step 3 recommendations, but the pool of future physicians somewhere along the road to licensure is larger.

“Once they complete their medical licensing exam, they’ll have to become credentialed and then they’ll have to apply for licensure,” Putnam said. “So as we iterate through our products, we’re hoping that we see the continued benefit and getting them to the end game.”

Ultimately, the goal is more licensed, qualified physicians. The Association of American Medical Colleges predicts a possible doctor shortage of 100,000 within the next 10 years. FSMB is doing its part to help licensed medical professionals fill that gap.

“Our current Neo4j implementation is just the first step,” Putnam said. “We started small and implemented it all on our own. We’re currently reviewing our architecture to optimize our other services for physicians and physicians’ assistants so that ultimately we’ll be using Neo4j to make more recommendations.” 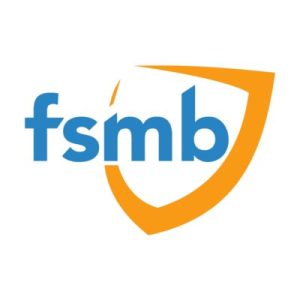