Creating a Modern Solution to Finding What’s Lost with Neo4j

A lost jacket, left behind in a London park, prompted an innocent question that began both a business and a unique application of Neo4j.

At the heart of the issue was a seven-year-old girl who looked up at the sky and the coming rain and asked her dad why leaving the jacket right where they found it, in hopes its owner would return to it, was the best thing to do? Surely it would get drenched. Surely there was a better way.

“So that triggered the inception of NotLost, seeing the world through the eyes of a child,” said Sam Nash, Co-Founder and Director of Technology at NotLost. “There was no modern solution to this problem.”

As far as problems go, lost property is highly nuanced. Left unmanaged it creates a big logistic and administrative burden for any business serving a high volume of customers. For luxury brands delivering an elevated customer experience, a modern solution for lost-and-found items is essential. And, of course, the people whose belongings are missing have an emotional and financial stake in finding what’s lost.

But the actual property itself is even thornier because the data is nonuniform and unpredictable. Not every item that is lost gets reported or found. Every item was lost (or found) somewhere, at some time. Every item can be classified differently – no two things are the same. Thinking through all the angles is highly complex.

So how do you build a platform that helps manage this problem and an algorithm that can look for matches globally – what sort of database can handle that?

Neo4j: The Graph Database Comes Out on Top

“We knew that we needed a really flexible database model because we were aware enough that as we continued to build, things would change,” Nash said. “We didn’t have a really clear concept of the data structure. We didn’t really understand what kind of objects we would need to be recording. We knew that there were going to be complex relations between attributes that we wanted to build for our matching logic. The graph database seemed like the natural choice.”

As a startup making important decisions on its technology stack, NotLost turned to its team of developers to research and recommend a solution that could handle the problem of lost property.

“Neo4j just came out on top,” Nash said, noting how easy it was for his team to get the graph database up and running and understanding how to query it with Cypher. The NotLost app is image-driven and uses artificial intelligence (AI) and Natural Language Processing (NLP) to route items through different workflows, using Neo4j to plot out items, locations, dates, and other information.

NotLost helps organizations with customers who have lost something on a massive scale. Take, for example, Transport for London (TfL), the iconic transport network behind the London bus, tube, and overground rail network. With more than 400 stations and 330,000 items reported lost each year, TfL runs the largest lost-and-found operation in Europe.

Scaling up to meet the needs of enterprise clients means NotLost needs continuous uptime. They also need an effective way to limit access and create permissions to view certain data across an enterprise with multiple locations staffed by a network of employees, vendors, and others.

“Granular access controls and restriction of data has proved to be a real differentiator for us,” Nash said.

No Looking Back for NotLost

NotLost has used Neo4j since its inception, starting out with Neo4j Community Edition before eventually moving into the cloud with the fully managed AuraDB. The end result is a software application that regular people can easily interface with to register found items or report their lost things, but with the power and flexibility to run at the enterprise level.

Nash said that when they started looking for a graph database to get started with half a decade ago, he knew some big brands like eBay were using Neo4j in a similar way: plotting out relationships between many items that have different data points, and being able to search across a big dataset.

“We’ve just never had any issues with it, and it’s always solved for us really well and been easy to use, and the team at Neo4j have been super responsive as we’ve switched to Aura,” Nash said. “I think our dev team are a bit in love with it!” 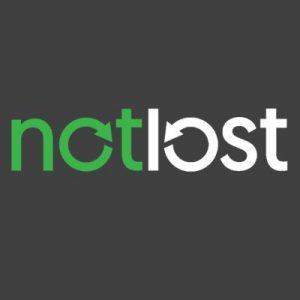