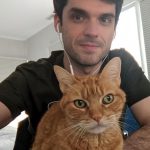 Neo4j Extensions (namely: Stored Procedures, Functions, plugins, and Triggers if for any reason Java is favored over APOC) are ultimately Jar artifacts that require deployment to the “plugins” folder on the file system of the Server running your Database Instance.

This article presents a method to address some challenges that may be observed during the manual deployment process:

The upcoming sections present a design for automating the deployment of Neo4j Extensions on self-managed Google Cloud environments (i.e. not Neo4j Aura). This design provides a framework that can be used to build solutions that address the Administration and Security challenges mentioned above.

You may also deploy and test the solution with the provided code for a complete end to end workflow.

The Table below presents a first look at the GCP Components required to implement this automation — which will be referred to as a “Pipeline” from now on.

NOTE: Although it may be a possible to instantiate all of these components while keeping costs within the Google Cloud free tier, instructions to do so will not be covered. It is strongly recommended to leverage the pricing calculator by including the components in the table above and your existing services.

The figure below illustrates the Pipeline and the steps are as follows:

In the following subsections we will examine code snippets for each solution component. Familiarity with Javascript/Nodejs and Docker is assumed. We focus on explaining the essential tasks behind each architectural component rather than presenting how to create the Nodejs Applications from the ground up.

The code base is in two git repositories, namely the Cloud Function (git repo here) and the Cloud Run App (git here).

Before any code-related activities, three components must exist in your GCP Project:

While there are no particulars about the Storage Bucket and the VM besides noting down their names (they will be used as configuration parameters later), the Service Account must be set up with the following IAM Roles:

Therefore, the logic behind this function is simple:

It is important to point out that in order to relay the Storage Object payload to the Web Service, an Authentication Token must be supplied since in this solution there are no endpoints exposed outside of the Project (Public Access is not enabled anywhere). A method that consists in querying an internal GCP metadata endpoint has been chosen for this. All options are reviewed in this excellent documentation page about “Service-to-Service” Authentication.

The trigger bucket for this function is configured at deployment time. As noted in the documentation, there is no need to explicitly state the “…finalize” event when running this command for deploying 1st Gen Functions.

This Service is essentially a Containerized Nodejs Web Application deployed to Cloud Run. In a nutshell, its tasks are sequenced as follows:

Task #1 is implemented with the Cloud Storage Client Library. This will execute as long as the client (the Service Account that was previously created) is authenticated. Notice how the key’s .json file for the Service Account is used for this purpose:

Task #2 is quite different in nature and uses the Command Line Interface due to the fact that at the moment of writing, there is no support for “compute scp” in the Cloud Compute Client Library. Notice usage of Nodejs’ “spawnSync” to run the gcloud compute command as a Child Process:

Before attempting to run “gcloud compute” successfully on any environment, it is mandatory to install and configure the CLI. To do so, we encapsulate the configuration in a Docker image which is straightforward and gives plenty of tuning flexibility:

Deploying this Cloud Run Application is more involved than simply running gcloud run deploy because the docker build command to build the image will require some environment variables as inputs that will be used by the configuration tasks. At the time of writing, gcloud run deploy does not support supplying environment variables to the build process, but this can be overcome by incorporating Simon Willison’s fantastic approach, which consists in running a shell script that will create and submit a cloudbuild.yml file to Google Cloud prior to building and deploying.

Lastly, in task #3 we issue a Neo4j direct Service restart:

You may replace the O/S account “neo4j” above with your designated account and avoid the sudo if following a principle of least privilege.

First of all, ensure the pre-requisites, presented in the first section, are implemented. If you are working with the code explained in this document, clone the git repositories for the Cloud Function and the Web Service.

Second, go to IAM/Service Accounts in your GCP Console, generate a json key file for your Service account. Ensure the resulting .json file is saved as <YOUR_CLOUD_RUN_APP_BASE_DIR>/assets/key.json

Then, update config.json to match your parameters

The “destPluginFolder” element should not be updated unless you have customized this setting in neo4j.conf.

Next, in the Cloud function, update its config.json

Continue to the next subsections to see how each component is started locally and then deployed to GCP.

Local testing can involve running either or both the Cloud Function and the Web Service.

The Web Service can be started like any other Nodejs App built with Express. A script based on nodemon has been provided for convenience:

Next, a request can be issued with the following sample format (some json elements have been omitted for simplicity):

A 200 response code with a plaintext “Process Done” message should be received.

The Cloud Function can be started similarly:

And since the Function acts as a relay to the Web Service, the same json payload can submitted on both tests.

At this point a critical eye may be questioning why the workflow is split between a Cloud Function and a Cloud Run App when the entire logic could be written in a single Web Application. The main reason behind this decision is that running the essential ssh operations (like scp and restarting services) is not supported by the Compute Client Application Library. This introduces a need to obtain more control over the O/S to install and configure the gcloud CLI (see Dockerfile for more information). Now, even with this limitation, it is entirely possible to implement everything in a single Web Application that is virtually identical to the Cloud Run Web Service presented here, but hosted by the Google Kubernetes Engine. Then, an EventArc trigger can be configured to send Storage Events to a GKE Endpoint. However, the simplicity and maintainability of a single code base comes at the higher cost of keeping a GKE cluster running.

If for any reason you require to alter the environment for the Cloud Run Application (there are many improvements that can be made), feel free to use the following commands as a starting point to build and the image locally:

Deploying and Running the Pipeline on GCP

Once the local endpoints have been successfully tested, the Cloud Run Service must be deployed first:

The command above runs the shell script that will update the environment variables for the build process if necessary:

If deploying for the first time, choose Y. Whenever this choice is made, the process may take a few minutes. Once it is complete, take note of the URL for the Service by running:

Update appConfig.json and then proceed to deploy the Cloud Function:

Triggering the pipeline is straightforward. Just upload a file to your designated bucket:

We can monitor the following aspects during the development, deployment, and testing phases:

You are encouraged to improve this code base, adapt it and make it your own. And if you share feedback and/or suggestions with the author, it will be greatly appreciated.

For a more robust design, here are some open questions for inspiration:

Thank you for reading.

Get Started With Neo4j AuraDB Free

Automating Deployment of Neo4j Java Extensions to (self-managed) Google Cloud was originally published in Neo4j Developer Blog on Medium, where people are continuing the conversation by highlighting and responding to this story.

Gaston is a Consulting Engineer at Neo4j.