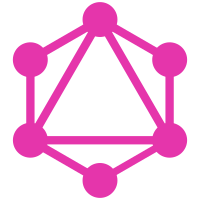 GraphQL is a specification for an API query language and a runtime for fulfilling these queries. GraphQL models application data as a graph and allows API clients to query the data as a graph irrespective of how the data is stored in the backend. While not specific to graph databases, using GraphQL with Neo4j offers several advantages including a consistent graph data model, increased developer productivity, and performance benefits.

GraphQL is fundamentally an API query language, as explained on the GraphQL.org landing page:

GraphQL is a query language for APIs and a runtime for fulfilling those queries with your existing data. GraphQL provides a complete and understandable description of the data in your API, gives clients the power to ask for exactly what they need and nothing more, makes it easier to evolve APIs over time, and enables powerful developer tools.

A GraphQL query includes an entry point (a Query or Mutation field in GraphQL terminology), (optionally) arguments, and a selection set. The selection set specifies a nested traversal through the data graph as well as which fields to be returned.

The response to this query is a JSON document which matches the shape of the query - only the data requested by the client and included in the selection set is returned.

The typical approach to building a GraphQL API involves creating GraphQL type definitions which define the data available in the API and how they are connected, and writing GraphQL resolver functions which contain the logic for "resolving" data from the data layer. These type definitions and resolver functions are then combined into an executable GraphQL schema which can be served over HTTP.

The typical approach of writing GraphQL resolver functions manually can often involve lots of boilerplate code. Fortunately, we can often leverage tools like Neo4j’s OGM and Spring Data integration when building GraphQL APIs as described in this blog post.

For further enhanced developer productivity the Neo4j GraphQL Library can be used to build GraphQL APIs backed by Neo4j with minimal code.

Features of the Neo4j GraphQL Library include:

And install the necessary dependencies:

Next, we’ll provision a Neo4j AuraDB instance. We’ll use the free-tier of Neo4j AuraDB so we won’t need to put in a credit card or incur any costs. Log in to Neo4j AuraDB and select "Create Free DB". 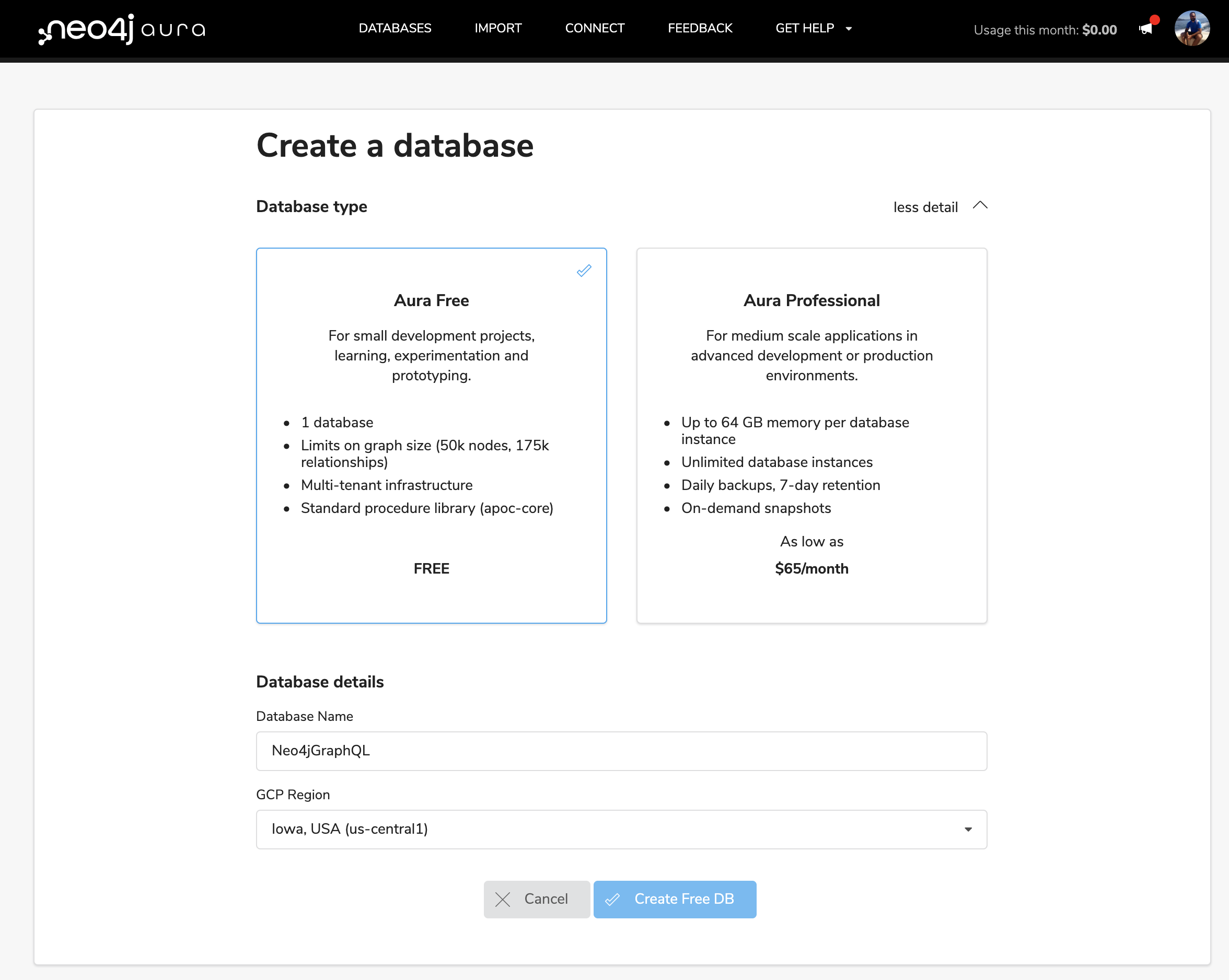 A random password for your Neo4j AuraDB instance will be generated, be sure to save this somewhere as we’ll need to use it to access our Neo4j database. 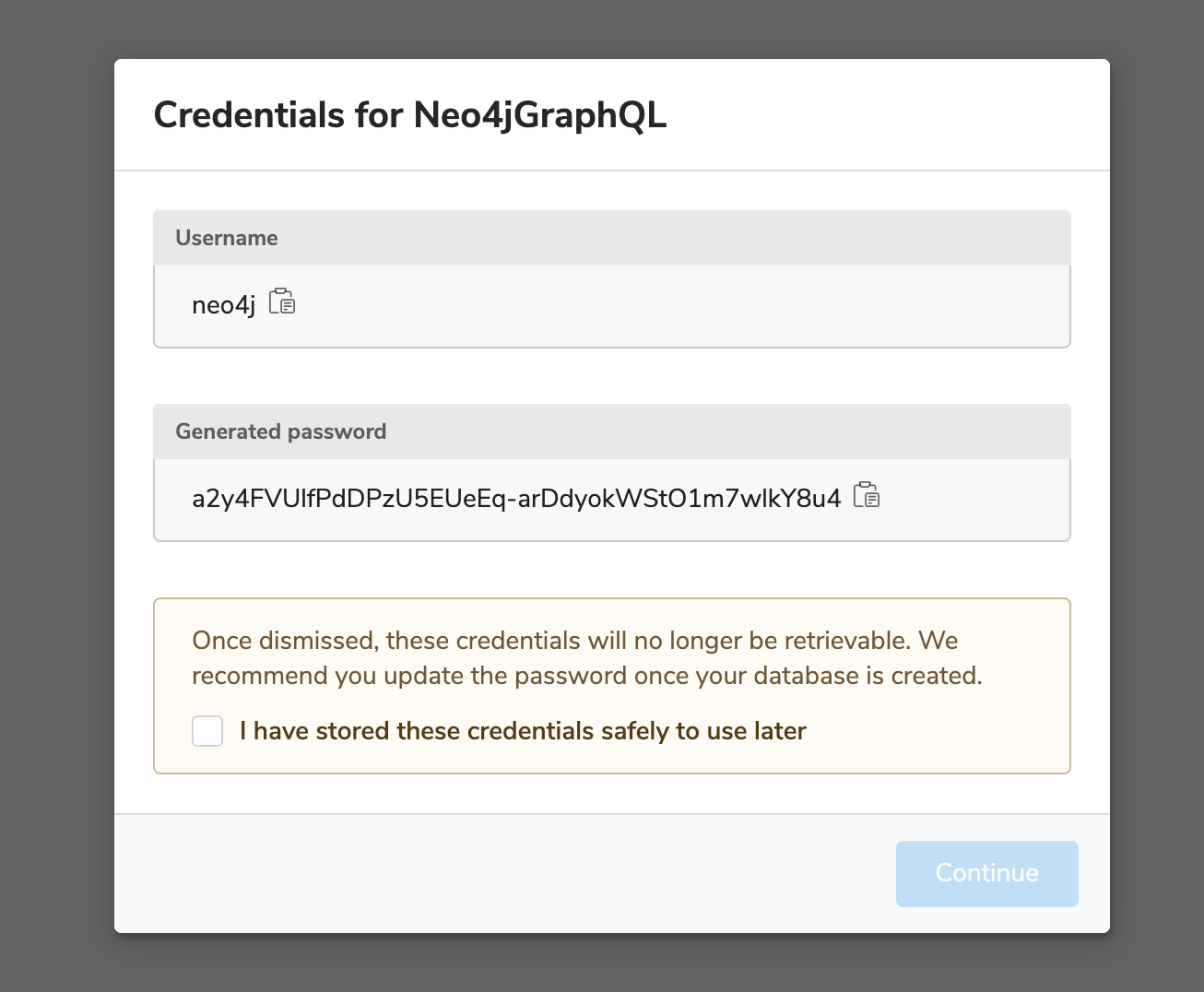 Provisioning our Neo4j AuraDB instance will take a few moments. Once it is ready in the Neo4j AuraDB dashboard we’ll see the connection URI, which we’ll need to connect our GraphQL API to Neo4j AuraDB.

Let’s reuse our movie and actor GraphQL type definitions from above and use them with the Neo4j GraphQL Library. We’ll also create an instance of the Neo4j JavaScript driver to connect to our Neo4j AuraDB instance, reading the credentials from our .env file as environment variables. Finally, we pass the GraphQL schema object generated by the Neo4j GraphQL Library to Apollo Server and start the GraphQL server.

We can start our Node.js GraphQL server by running node index.js and then navigate to http://localhost:4000 in a web browser to access Apollo Studio. Since we started a fresh Neo4j AuraDB database, let’s start by creating some data. The Neo4j GraphQL Library generates the GraphQL Mutation type used for creating data. Here, we’ll use the createMovies mutation to create a movie node and the actors connected to it in a single nested operation.

GraphQL Mutation to create a movie and actors

The response to this GraphQL mutation will match the selection set and shows us the data created by the mutation operation.

If we check our database using Neo4j Browser we can see the data we’ve created in Neo4j:

Learn more about the Neo4j GraphQL Library in the documentation.