Neo4j Raises the Largest Funding Round in Database History

Man. I could not be more excited.

On the same day that Neo4j burst through the trillion-relationship barrier in my NODES 2021 keynote demo, we are also announcing the largest investment round – not just in graph database history, but in database history: a $325M series F led by Eurazeo with participation from GV (formerly Google Ventures) and other investors. 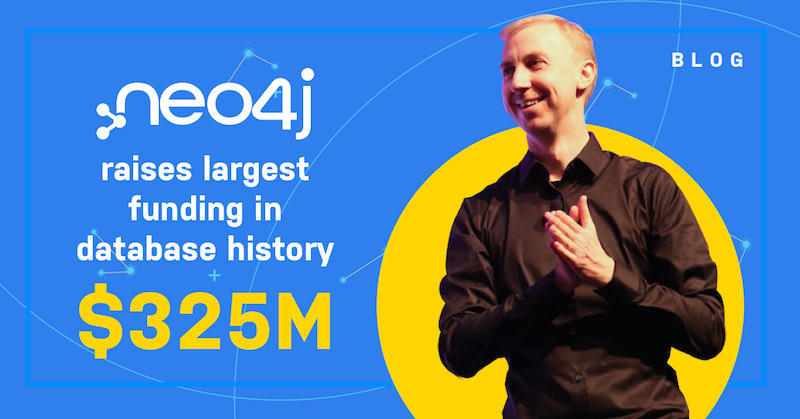 This is a magical time for the database space. Over the next few years, a handful of companies will emerge as the new leaders in the database market, and they will last for generations. This funding round signals our opportunity – and our challenge! – to become one of them.

I want to take a moment to put this in context.

The Largest Market in Enterprise Software

Everything we do in our daily digital lives – a text message, buying groceries online, a zoom call, or even driving a modern car – is centered around information. All of that information ultimately lands in a database. Databases are a fundamental part of the fabric of present-day society. 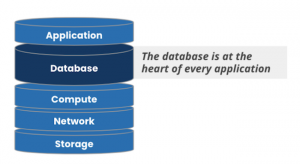 That’s why the database market is the largest market in all of enterprise software. Companies spent more than $50B last year on database software, a number that’s expected to grow to more than $100B by 2025.

However, from an innovation perspective that market has been static! The relational database was invented in the late ’70s. And while Larry Ellison has bought many yachts and a few Hawaiian islands with the fruits of the commercial success of the relational database, the technology has remained remarkably the same.

A Market That’s Being Disrupted

That is, until the early part of the previous decade. All of a sudden, this huge market was attacked from all fronts by a number of massive, secular trends – the shift to the cloud, sensor proliferation, big data, new patterns in architecture like microservices, and of course AI and machine learning.

These trends converged into a perfect storm that gave birth to NoSQL and the rise of non-relational databases. Hundreds of database projects were born (DB-Engines is now tracking more than 350!). Several dozen database startups were wrapped around some of those projects, founded by wide-eyed entrepreneurs hoping to reimagine the database for modern needs and funded by venture capitalists with their sights set on a piece of Larry’s mansion.

After much, ahem, spirited debate, the industry converged on an understanding of non-relational and relational as complementary, and – more broadly – that the era of the one-size-fits-all database was over.

In other words, the relational database isn’t going anywhere. But it’s no longer the only game in town.

The Great Unbundling of the Database Market

This all brings us back to the present.

As we’re walking into the 2020s, a few companies from the last decade have emerged as leaders. They’ve achieved commercial scale ($100m+ ARR). They’re growing fast. And they’re ushering in the next era of data management: The great unbundling of the database market.

Over the course of the 2020s, the database market will see four distinct segments sit side by side with the traditional relational database. That explosive growth of $50B to $100B is almost entirely driven by those new segments. Wait, say you, which specific four segments and why? Well, that’s for another post! 🙂

But you can bet graph is going to be a major part of that landscape.

It’s not been too long since graph databases were thought of as a valuable but niche part of the database market. But day by day, year by year, people are coming to the realization of just how broadly applicable graphs truly are.

If you look at real-world community adoption by developers and data scientists, graph databases have been the fastest-growing database category, by a mile, in the last decade.

All of the 20 biggest banks in North America are now using Neo4j. Seven of the 10 biggest retailers. Four of the 5 biggest telcos, and almost all of the Fortune 100. And this trend has just begun!

The enterprise is going all in on graphs.

Relationships have been proven to be a very strong predictor of behavior. Google shifted their machine learning over to graph-based machine learning several years ago. And the enterprise follows: In 2020, half of Gartner’s inquiries about machine learning and AI – half! – were about graphs. 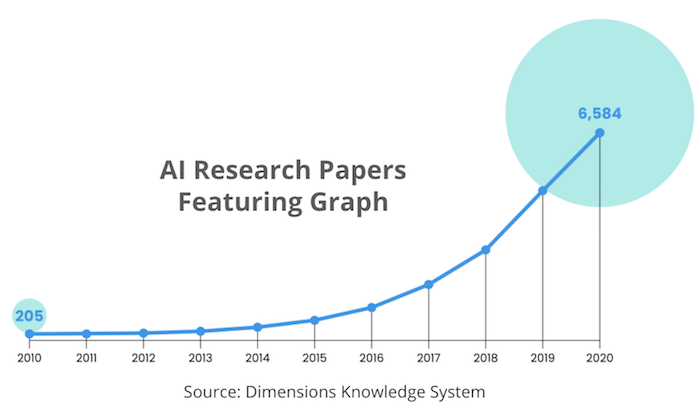 Graph databases are now an essential tool not only for developers, but also increasingly for data scientists. This will be a huge driver of success for graph databases in this decade.

For the longest time, there was this notion out there that graph databases do not scale.

Today, during my NODES 2021 keynote, we demonstrated a major breakthrough: A live social network application with more people nodes than Facebook (3 billion people nodes compared to FB’s 2.7 billion), running against a trillion+ relationship graph, sharded across more than 1,000 servers, and executing deep, complex graph queries that return in less than 20 milliseconds.

The demo is quite spectacular, and you can catch a recap here:

So no matter the size or scale of your application, Neo4j can carry you through surges of growth and beyond.

The Biggest Round in Database History

So we’ve got the fastest-growing category in the largest market in enterprise software. A category that Gartner is claiming will be “the foundation of data and analytics.” A huge community of hundreds of thousands of developers and data scientists who build applications and machine learning with Neo4j. And a market that after decades of stagnation is ripe for disruption.

The great unbundling of the database market has begun.

And with this largest investment round in databases, we’ve set our sights on ensuring that graph databases become the largest part of the new database market, and Neo4j a generational company that will last for decades.