It is my pleasure to introduce the newest member of the Neo4j Board of Directors: Denise Persson.

Denise is the Chief Marketing Officer at Snowflake Computing, one of the hottest companies in the data space – and like Neo4j, also based in San Mateo, California(!).

Denise and I got to sit down after she joined the Neo4j board, and here’s what we chatted about. 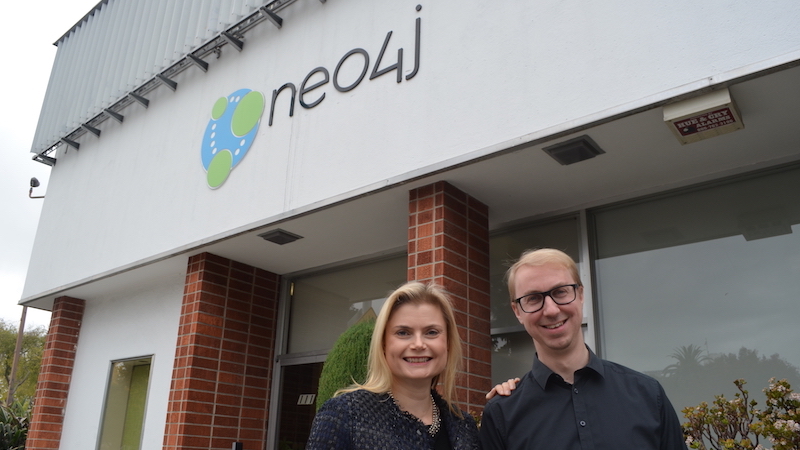 For readers who don’t know you, could you give us a little background?

Denise: I grew up in Stockholm, but I didn’t initially think I would end up working in tech. It was a friend of my sister, actually, who convinced me to join a computer company – Commodore – back in the early ’90s, and that’s how my career started in tech. That’s also where I found my initial passion for marketing.

I’ve been in technology marketing ever since: I spent 12 years with a French company called Genesys. I joined when it was only 50 employees and was there as it grew to over 2000. That’s where I really launched my tech marketing career.

I moved here to the Bay Area in 2002 because the U.S. was our largest market. After Genesys was acquired in 2008, I served in two other marketing leadership positions before I joined Snowflake two-and-a-half years ago.

Can you share more details about your journey to Silicon Valley and the world of tech startups?

Denise: When I first left Sweden, I was 26 years old. At the time, people all wanted to work for the big, established companies like Ericsson. They felt like it was a safer choice. But now, almost 20 years later, everyone wants to join a startup. It’s a dramatic change that’s happened since I left.

I don’t think anyone in Sweden in the ’80s or early ’90s dreamed of joining a tech company – it just wasn’t what most people did. In order to be a successful startup, you had to be really brave, especially to go up against those established players.

Especially in the tech sector, you’re identifying these big problems that need to be solved, and sort of saying, “We are going to make it happen. We are going to solve those problems.” It takes a lot of vision and the ability to sell that vision so that others join your cause, if you will.

In the beginning, you have to convince those potential employees that this is the right idea. And you have nothing to offer besides that: There’s no fancy office, no on-site daycare, no dry cleaning pickup. The only thing you have to offer as a startup founder is an incredible mission that people really believe in.

At the same time, I think there’s no better place to be. Working in tech, you have to really love change. You have to want to be a part of improving things and solving big problems. It’s incredibly fast-paced work, and you have to love that level of change and engage with it every day. 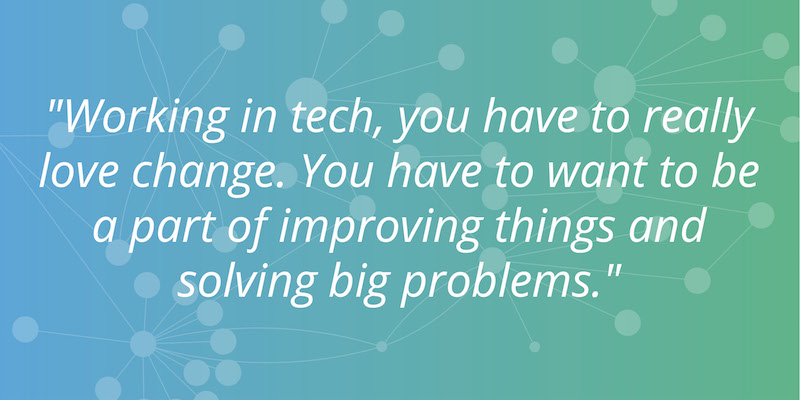 Most industries are very stagnant and not much is going on. So I think that’s why tech appealed to me personally as I was moving toward Silicon Valley: To me, it was the fast pace and the idea that my work was really having an impact. We all have a choice on where to invest our time, and I wanted to invest mine in something that actually makes a difference as well.

That entire startup process was all really hard to do in Sweden two decades ago. And yet, you all at Neo4j did just that. You took the brave step. You got those core people around you to really start building a complex technology. Building a database is not for the faint-hearted – an app or a game is really easy by comparison.

Being an out-of-towner to the Valley makes it all that much harder: You can’t just roll into the Bay Area and announce, “Here we are!” and expect anyone to flock to you, because at that point, you have zero credibility. It requires you to sell a vision at a whole new level, and I think Neo4j did that really well.

Tell us the story of how you joined the Neo4j Board of Directors.

Denise: I actually think you should tell the first part of the story. That’s all you.

Well, I had been thinking a lot about our current Board of Directors and about inviting someone new to join the board. Then, one night I woke up in the middle of the night and told my wife, “Madelene, why haven’t I thought about this before? I need to ask Denise Persson to join the Neo4j board.”

To me, you were an obvious addition as a board member. We were looking for someone with Silicon Valley experience, who really understands the different go-to-market strategies of a successful Valley company, and you have a really impressive track record in growing categories and building brands.

Denise: I think I can pick it up from here.

I first met you and Madelene at a barbecue I hosted eight years ago. Since then we’ve met at other events and for coffee a few times to trade notes on the world of data as its evolved over the years. When you asked me to join the board, it was a no brainer. I want to see this company succeed as much as I want my own company to succeed.

I want to be involved with companies that have a lot of impact, that solve hard problems. And that’s what Neo4j does. You have tremendous impact on your customers; Neo4j solves problems that your customers never thought they would be able to solve.

It’s the people. It’s the product. It’s the market opportunity, and the fact that I feel like, “Yeah, can I actually provide some relevant advice here based on my own experiences.”

What are you most excited about joining the Neo4j board?

Denise: More than anything, I’m excited to be a part of the journey of the company.

It’s not about the destination, because there’s always another, newer destination on the horizon. But the problems you have to solve every quarter, the challenges you have to overcome one customer at a time – that’s the exciting part.

I’m really passionate about the opportunities that connected data provides. Data solves a number of important challenges, not just for businesses but for humanity as a whole. I’ve followed Neo4j for many years, and it’s very obvious that you’ve been the pioneer when it comes to graph database technology. You’ve taken on the challenges of connected data and solved these very real-world problems earlier than any other company. 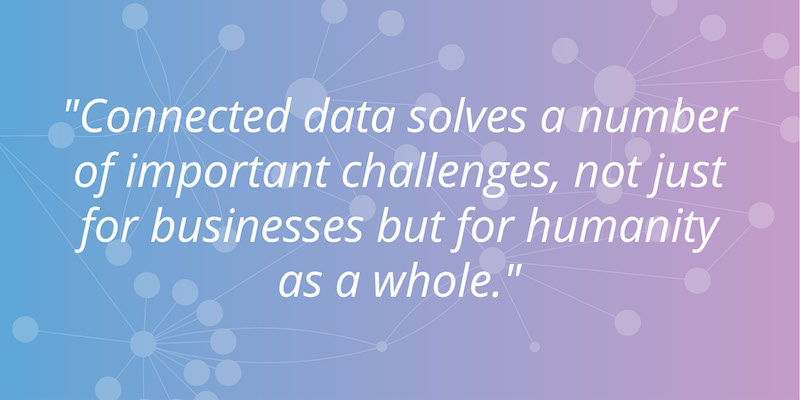 Everyone out there – especially in the Valley – aspires to do things like eBay or Amazon or Google, and all of those companies used graph technology to redefine their markets. And now with Neo4j, you can get those same graph data superpowers right off the shelf.

We live in a much more interconnected and interlinked world. That’s where Neo4j has an amazing market fit.

What do you see at the future of graph technology in the enterprise?


Denise: If the world is growing more connected and interlinked every day, then there will be a growing need to understand the relationships and links in your data just to grasp what’s going on in your business. We’re only going to see the world of graph tech accelerate because of this connected data trend.

In the near future, a lot more graph-powered applications will emerge across more use cases that we can even imagine. I think we’re still in the early phase of graph adoption, of graph thinking.

How do you feel like your responsibilities as the Snowflake CMO will be (or are) different from being a board member at Neo4j?

Denise: At Snowflake, I naturally have to manage much more of the day-to-day operational items, but as a Neo4j board member, it’s my job to advise from my own operational experience. As an independent board member, I think I can provide a fresh perspective in that advice.

When it comes to Lars [Neo4j COO] and Lance [Neo4j CMO], we’ve already collaborated on a few things and I’m happy to trade ideas and share my experiences at Snowflake and elsewhere to help them and Neo4j.

I think it’s important in terms of board structure to have a great balance of different people with different expertise. You want a well-rounded board, and I think I will contribute my part well.

What are your thoughts on women in tech?


Denise: Every company needs to become a tech company these days, so I think this is an issue that’s wider than just the tech industry as it’s currently defined. That applies whether you’re an automotive company or a consumer-goods company.

In the past – and even in the present – there’s been a lack of female role models in these industries, especially in top leadership. That’s changing rapidly. In Sweden, we have more women in the workplace in general, but even in the U.S. and in the rest of the world, there’s more women working and serving as role models than ever before, and that will have an impact on the next generation. Those key role models are going to build the confidence to all women in a way like, “If she can do it, then I can do it too, right?”

I know that some countries and jurisdictions have board quotas for women, but I don’t personally think quotas are the best solution. I believe Spain has a rule that at least 40 percent of board members have to be women, but only 20 percent of middle managers in Spain are women. I think if there aren’t enough qualified women in leadership positions, then a quota isn’t going to help that. As a woman, I don’t think you want to know that the reason you’re there is because of a quota and not because of your credentials.

Diversity goes beyond just women and men, too. I think if a company like Neo4j wants to be international, then it needs to have diversity from a nationality and linguistic perspective as well.

I hope to help Neo4j in its already ambitious work to make the company more diverse by attracting and retaining diverse tech talent – along every spectrum of diversity – as the company grows into the future.

What are your short- or medium-term objectives in this new role?

Denise: My only objective is the same objective as Neo4j: to help the world make sense of data.

In order to do that, I think Neo4j needs to continue to solve customers’ challenges better than anyone else. That requires a go-to-market strategy, and I believe my new role on the board will help make that happen even more effectively.

My objective is to be a part of the journey in building a really great company that keeps and accelerates its position in the graph tech world and the tech world in general. 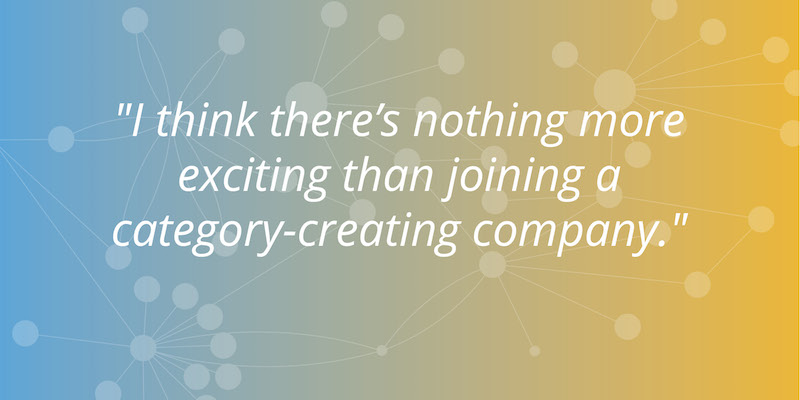 How can Neo4j community members get to know you better?

Denise: Well, I’m on Twitter, though I don’t use it as often, and I’m also on LinkedIn.

Any other thoughts to finish us off?

Denise: Not many companies can claim to have created an industry category – but Neo4j has made history in creating the graph database category. You’ve even drawn in major players like Amazon and Microsoft.

I think there’s nothing more exciting than joining a category-creating company.