This blog series is designed to help you better utilize graph analytics and graph algorithms so you can effectively innovate and develop intelligent solutions faster using a graph database .

Last week we took our second look at pathfinding and graph search algorithms with a focus on the Single Source Shortest Path algorithm, using examples from Neo4j. 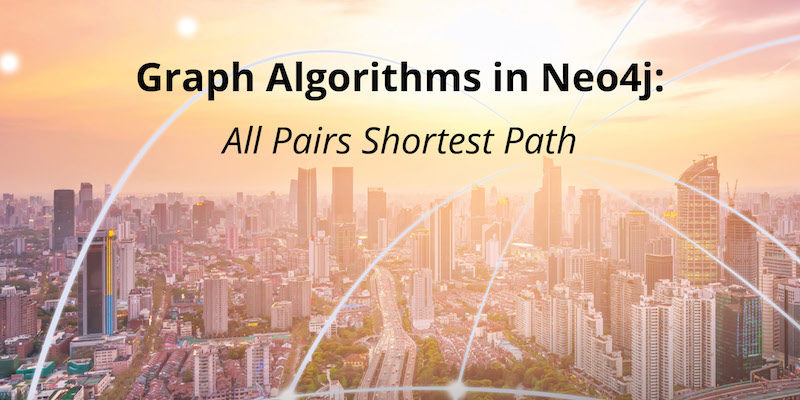 This week we will examine another of these algorithms with a look at the All Pairs Shortest Path algorithm, which is used to evaluate alternate routes for situations such as a freeway backup or network capacity. It’s also key in logical routing to offer multiple paths, for example, call routing alternatives in case of a failure.

About All Pairs Shortest Path

The All Pairs Shortest Path (APSP) algorithm calculates the shortest (weighted) path between all pairs of nodes. This algorithm has optimizations that make it quicker than calling the Single Source Shortest Path algorithm for every pair of nodes in the graph.

When Should I Use All Pairs Shortest Path?

Let’s calculate All Pairs Shortest Path on a small dataset. 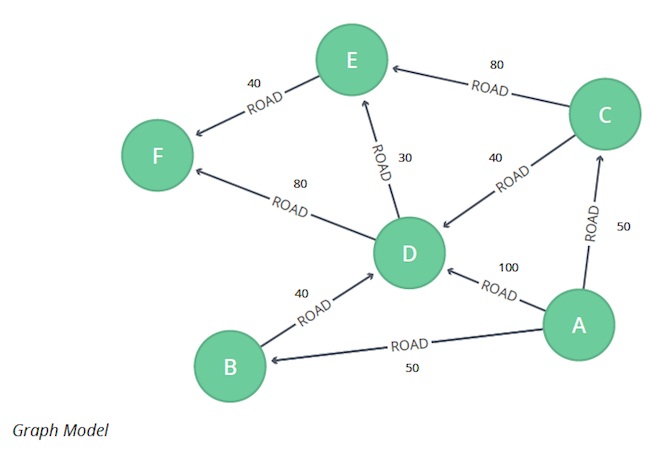 Now we run the All Pairs Shortest Path algorithm to find the shortest path between every pair of nodes. Execute the following query. 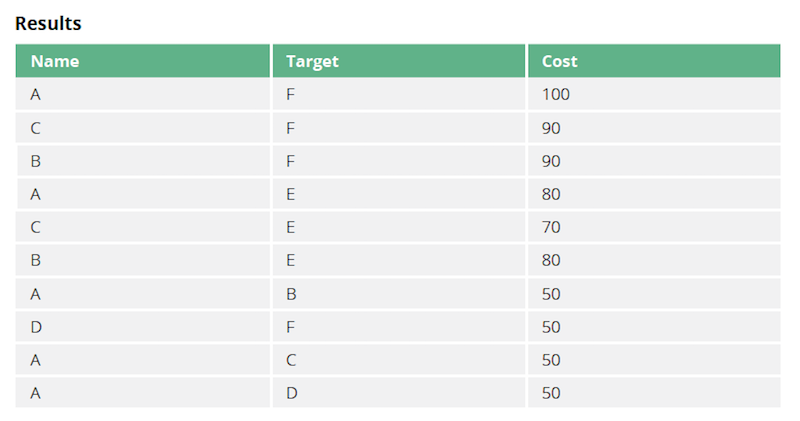 This query returned the top 10 pairs of nodes that are the furthest away from each other. F and E appear to be the most distant from the others.

For the past few weeks we’ve covered a few use cases with our look at pathfinding and graph search algorithms, including this week’s look at All Pairs Shortest Path.

Next week we will continue our examination of these types of algorithms with an overview of the Minimum Weight Spanning Tree algorithm, which calculates the paths along a connected tree structure with the smallest value (weight of the relationship such as cost, time or capacity) associated with visiting all nodes in the tree.