Last week we began our look at Centrality algorithms, starting with the PageRank algorithm. 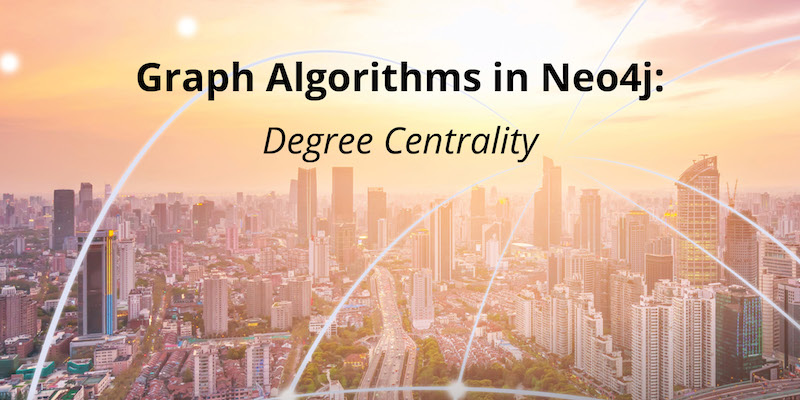 Degree Centrality is the simplest of all the centrality algorithms. It measures the number of incoming and outgoing relationships from a node. The algorithm helps us find popular nodes in a graph.

Degree Centrality was proposed by Linton C. Freeman in his 1979 paper, “Centrality in Social Networks Conceptual Clarification.” While the algorithm is usually used to find the popularity of individual nodes, it is often used as part of a global analysis where we calculate the minimum degree, maximum degree, mean degree and standard deviation across the whole graph.

When Should I Use Degree Centrality?

Let’s see how Degree Centrality works on a small dataset. The following Cypher statement creates a Twitter-esque graph of users and followers. 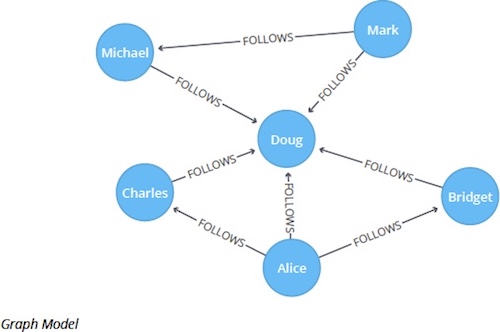 The following query calculates the number of people that each user follows and is followed by. 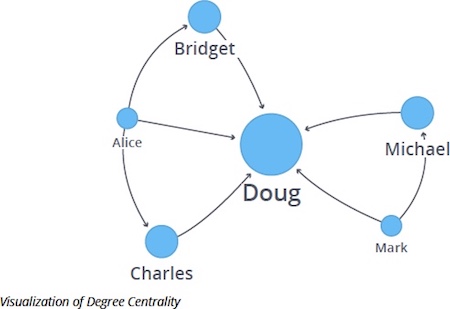 Doug is the most popular user in our imaginary Twitter graph with five followers; all other users follow him but he doesn’t follow anybody back. In the real Twitter network, celebrities have high follower counts but tend to follow few people. We could therefore consider Doug a celebrity!

Find the patterns in your connected data
Learn about the power of graph algorithms in the O'Reilly book,
Graph Algorithms: Practical Examples in Apache Spark and Neo4j by the authors of this article. Click below to get your free ebook copy.

Get the O'Reilly Ebook