In the last seven months since GraphConnect New York, we have worked on enhancing the Neo4j ETL tool adding support for all relational databases with a JDBC driver.

We also did some backend optimizations and made few changes to the UI for Neo4j ETL. With data and databases being messy, we also fixed a number of issues resulting of under-specified data operations.

The tool is now fully integrated with Neo4j Desktop (from version 1.1.3). (Edited 9-March-2019: Activation keys are no longer required. More information in our update on the 1.3.1 release.)

The new release has a number of new features and capabilities that we’ll discuss below. But first, we want to demonstrate the tool in action.

If you’d rather watch it in action, we also recorded a quick demo:

Let’s see how to define a connection to a relational database (for this example I use a Docker instance of Microsoft SQL Server).

After starting the Neo4j ETL tool you select the project you want to work in from the drop-down box. 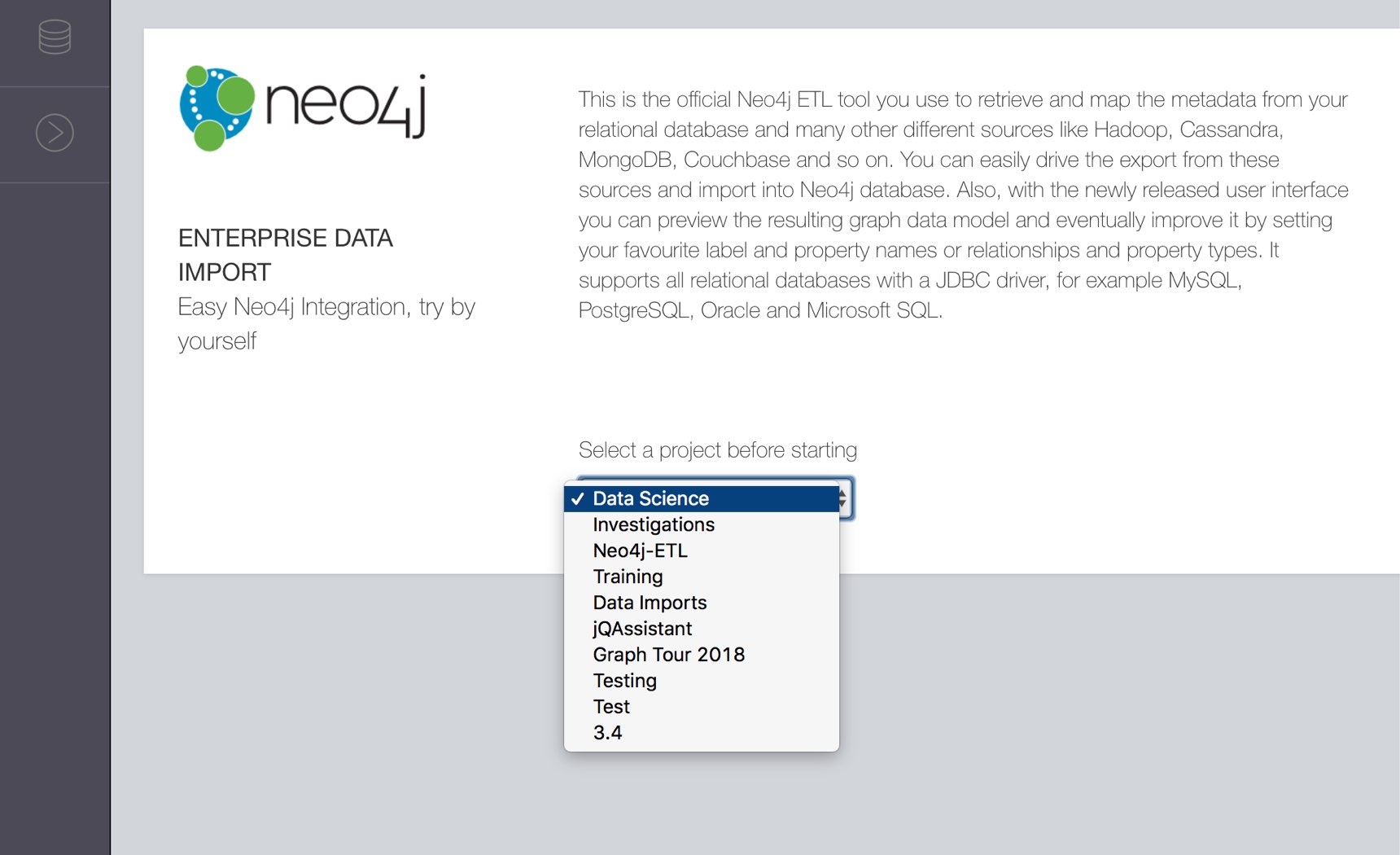 On the left sidebar, click on Connections and then set up the database connection. 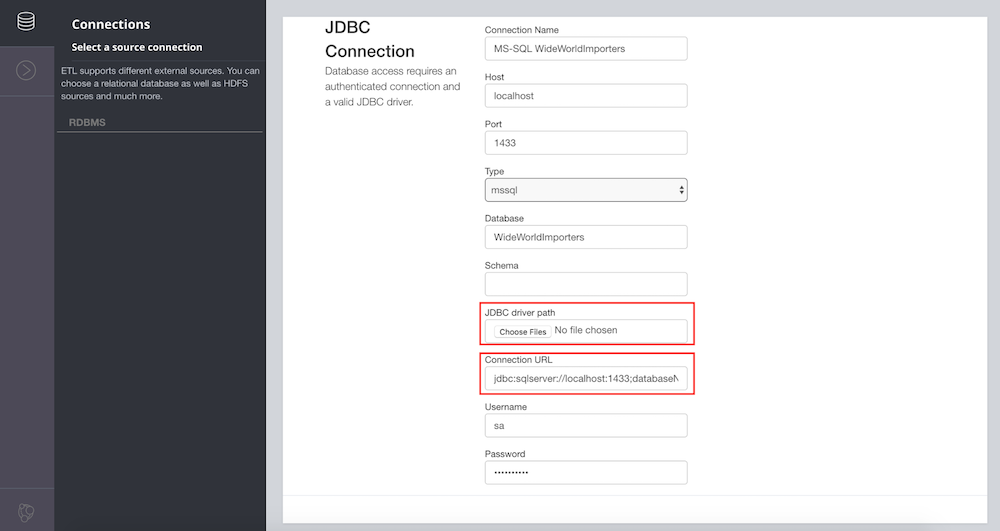 MySQL and PostgreSQL drivers are bundled, so if you use a different database, then you have to provide a valid JDBC driver (jar-file) via JDBC driver path.

You can also change the suggested connection URL.

Test and Save the MS-SQL WideWorldImporters connection. 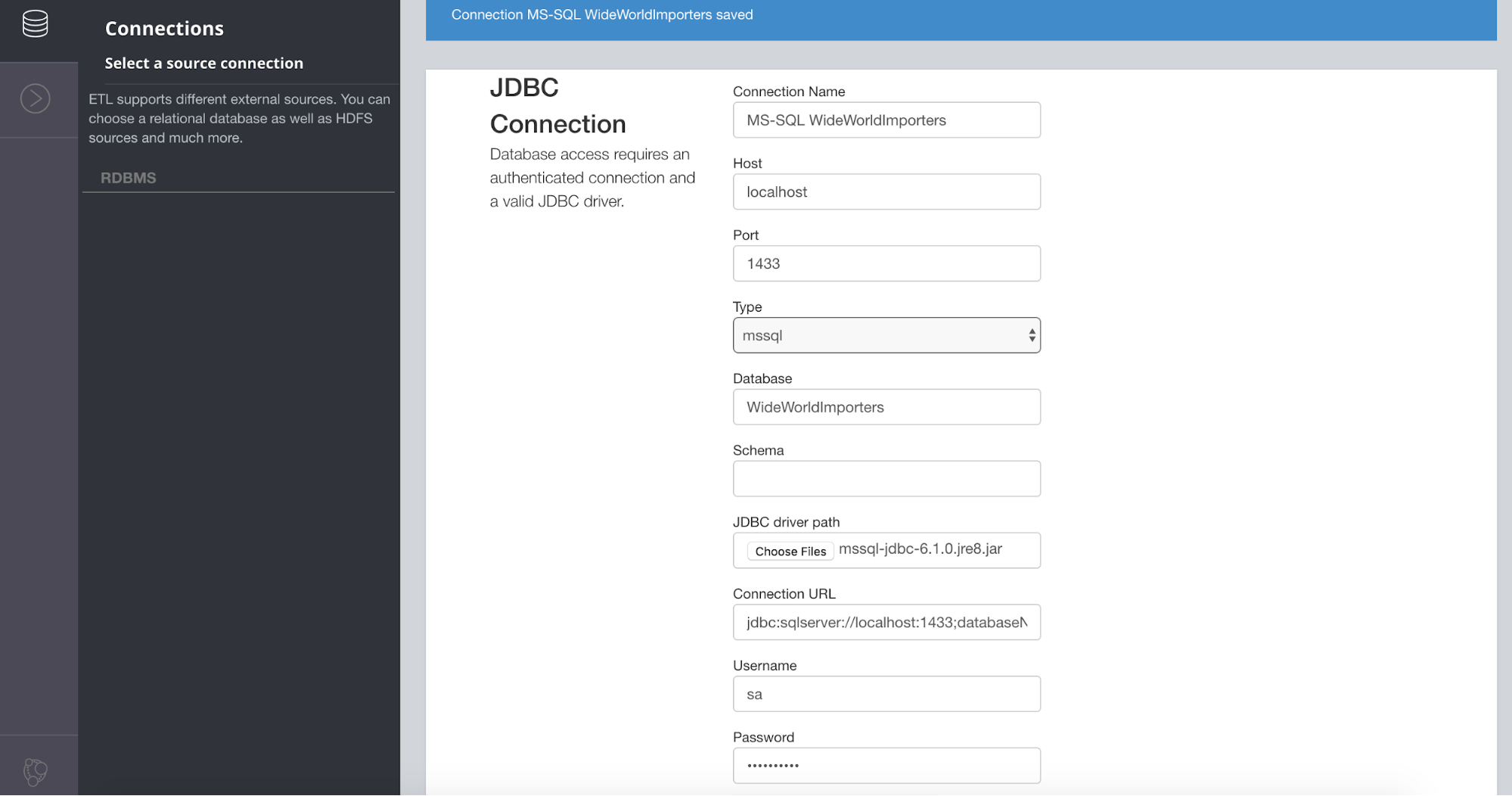 Afterwards, we’ll continue on the other sidebar tab (>), a.k.a., Import data from source in the left sidebar and then click on IMPORT DATA.

Before doing that, you have to choose: The ETL tool is fully integrated with Neo4j Desktop, so I can see all Neo4j graphs that are defined for a specific project and also the current status (running, stopped, etc.).

From this frame, you can also delete your source connections using the (x) icon on the connection box.

After clicking Start Mapping, the Neo4j ETL tool starts to inspect the relational database and extract the database metadata into a JSON file representing how tables and columns are to be mapped into the Neo4j graph database. The log output is then displayed in the lower part of the frame.

Clicking Next gets us on the next screen, which is the Mapping Editor.

The WideWorldImporters database is made of a lot of tables, so the resulting mapping is quite complex. Here I am focusing only on the Country table where I can see all the columns, their data types and how they are converted to Neo4j data types.

Using the Mapping Editor, I can change: The latter might result in conversion issues so pay attention when doing data type conversions.

Once I have completed all the changes, I can Save Mapping which stores the edits. And then I start to import data from the WideWorldImporters database to the Neo4j instance.

In the last frame, you can choose one of four import modes:

The first two modes (neo4j-import, neo4j-shell) are offline (i.e., Neo4j should be stopped before running them) while the others (cypher-shell, direct cypher) are online modes.

If you try to import your data with an online mode but your instance is stopped, you will get an error conversely, and vice versa.

The import will stream results and also report the update statistics.

After the import from the relational database to Neo4j is complete, you can explore your data through the Neo4j Browser. For example, starting from a country (Italy), you can see the (limited) related entities until the third level of relationship. 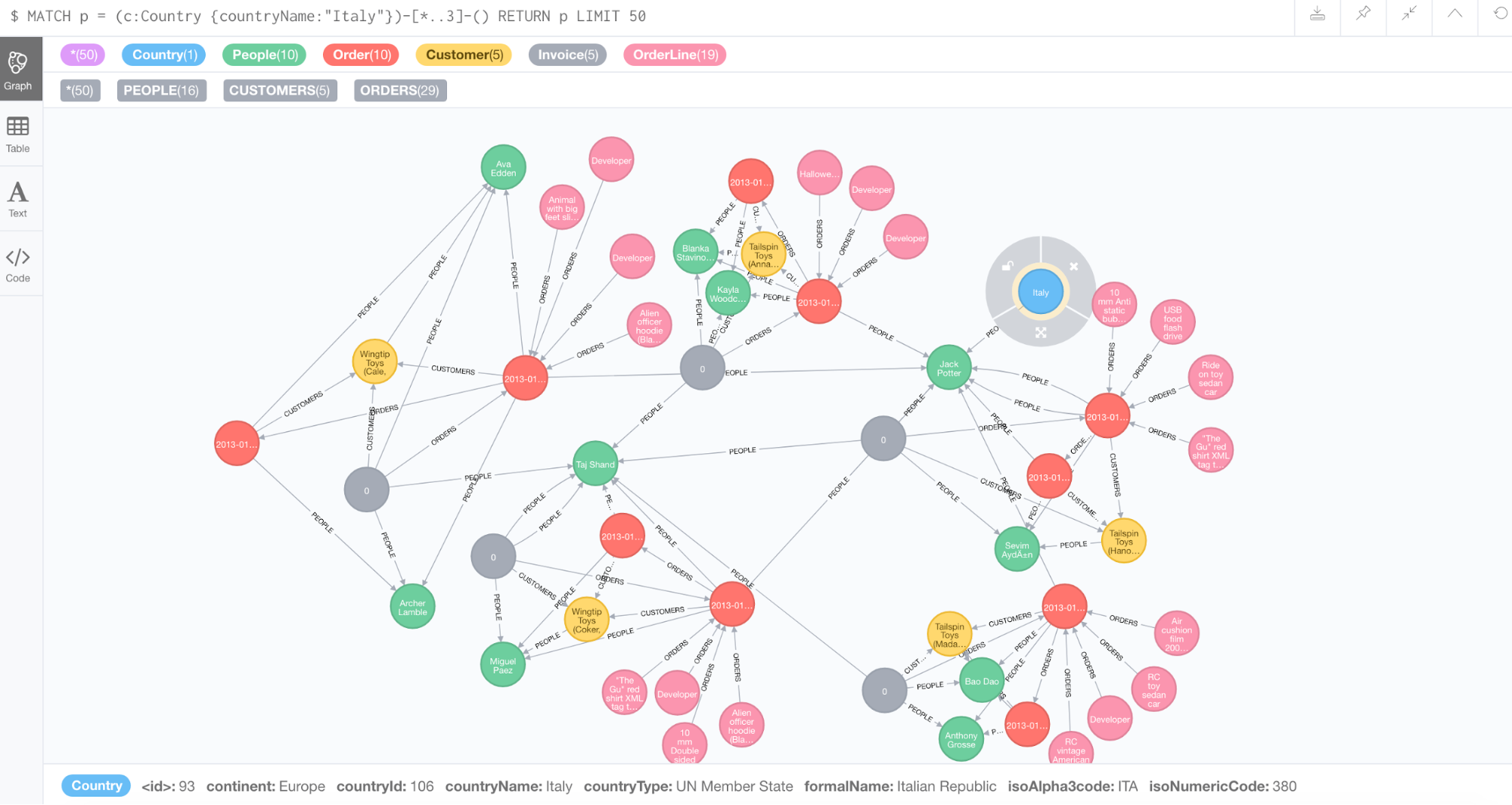 The documentation was updated to explain how to setup a Docker container with a MS-SQL sample dataset in addition to new command-line interface options.

Try out the new release via either the command-line tools or the mentioned Neo4j Desktop Graph App.

A big thanks to everyone for giving us feedback and suggestions that help us to improve the Neo4j ETL tool. Please continue to provide feedback by either submitting GitHub issues or joining neo4j.com/Discord and asking in the #neo4j-etl channel.

Want in on the awesome world of graph tech?
Click below to get your free copy of the Learning Neo4j ebook and catch up to speed with the world of graph database technology.

Alberto De Lazzari is a Senior Neo4j Consultant at LARUS. He actively contributes to the APOC library and other Neo4j Graph Platform projects. Alberto is also a Neo4j trainer. Michael Hunger has been passionate about software development for a very long time. For the last few years he has been ... know more 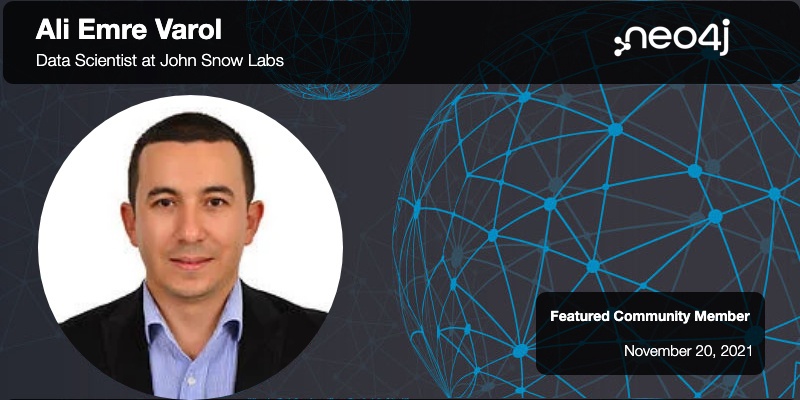