We here at Neo4j are still “abuzz” about the presentations last week at NODES 2021 and the exciting announcements by Emil about Neo4j 4.3, AuraDB Free Tier, the massive trillion+ relationship graph, and the series F funding.

Let’s keep up the momentum!

This week, we feature Kacha Mukabe, the winner of our Leonhard Euler Idea Contest. He had no Neo4j experience to start with, but he was able to create an impressive submission using GraphQL. We point you to an article that highlights the features of the latest Neo4j 4.3 release. Thorsten Liebig from Derivo GmbH has released SemSpect, a Neo4j Desktop Graph App that enables you to explore graphs. We also point you to the presentation that Liz Michel did at NODES 2021 and the blog posts she has written about analyzing ontologies with Neo4j.
The Leonhard Euler Idea Contest winners were announced last week at NODES 2021. Of course, Rik Van Bruggen jumped into a demonstration of why relationship indexes are such a big deal. Andreas Schreiber has just released prov2neo, a Python library for importing PROV documents into the graph.

And finally, we end with links to the NODES 2021 recordings, which include the pre-NODES hands-on training sessions and the conference sessions. 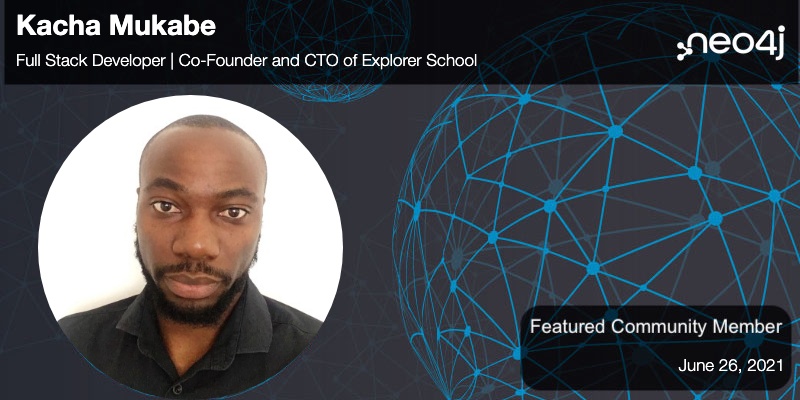 Kacha is this year’s winner of the Leonhard Euler Idea Contest, a hackathon that we hosted prior to NODES 2021. In the project he entered for the contest, he created an application, Developers.Zed, that could be used to collect information about developer skills and provide recommendations. He built his application using GRANDstack and used ChakraUI and next.js for the front-end application and an express GraphQL back-end using a Neo4j database.

Kacha has worked for financial institutions developing applications using his Python, Django, Javascript, .NET, and Java skills. In addition, he is the CTO and founder of Explorer School in Zambia, where he provides opportunities for software development and outsourcing skills.

We congratulate Kacha for digging into Neo4j as a new user and using William Lyon’s blog as a resource to create his application.

Connect with Kacha on LinkedIn 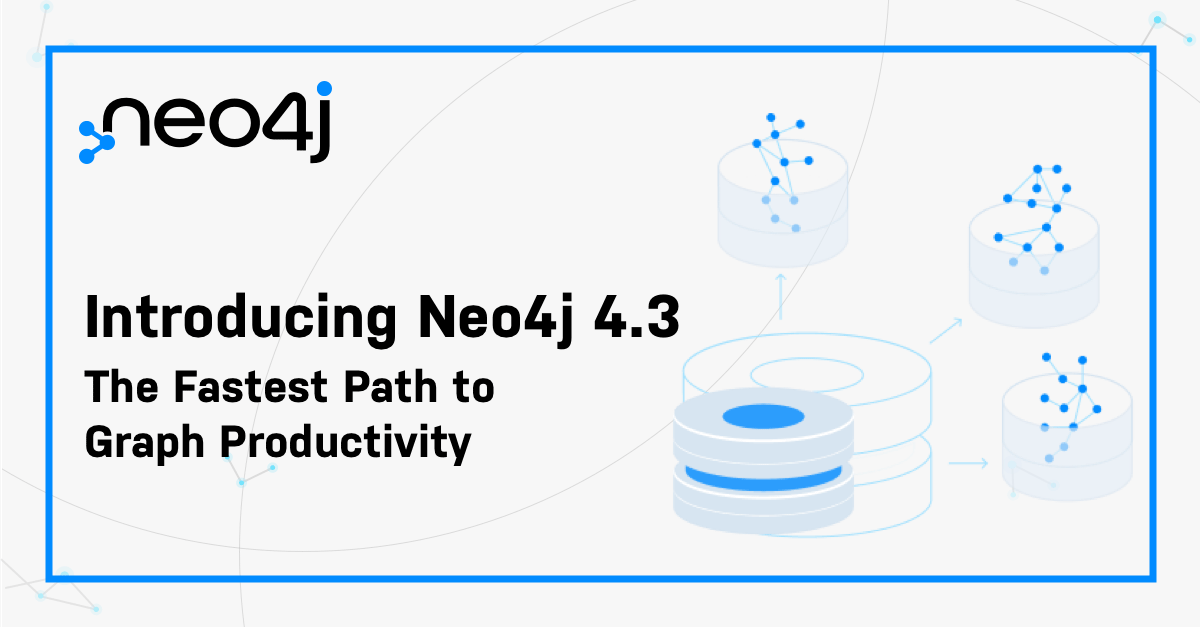 Thorsten Liebig from Derivo GmbH just released a Graph App for Neo4j Desktop. Like Neo4j Bloom, SemSpect provides you with the ability to explore graphs when you are not familiar with the product. It uses a data-driven approach to exploring the nodes and relationships in the graph. With SemSpect, you can explore the patterns in the graph and save them. You can filter your explorations and apply filters to other views. You can also export the result of your explorations to CSV files. One benefit of using SemSpect is that it can be used on data that is changing in the graph.

Liz Michel was a speaker at this year’s NODES. Her presentation was Bridging the Gap: Using Graph Data Science to Reconcile Disparate Data with Ontologies. You can watch her presentation in the recorded sessions (scroll down). Her presentation outlined some of the issues with reconciliations and showed how the alignment can be done for large graphs.

Besides her presentation at NODES 2021, she wrote an interesting blog on using ontologies with Neo4j using NeoSemantics. The blog she published last year was How To Leverage Ontologies with Your Mastered Data

She recently published another blog that covers some of what she presented at NODES entitled A Data Scientist’s Rosetta Stone: Unifying Disparate Data with Ontologies. 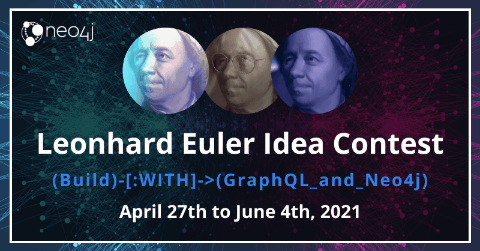 Every year for our NODES conference, we sponsor a hackathon that lasts a couple of months and gives users an opportunity to create a Neo4j application. This year we focused the hackathon on applications built using GraphQL. For the contest, we had over 305 folks who registered for the hackathon, and 28 of them developed applications that they submitted for adjudication. The criteria that we used to judge the entries included originality (50%), implementation complexity (30%), and feasibility of solution (20%).

We awarded prize money to the three winners, as well as to submissions that earned the “most creative” designation.

Here are the three winners:

Congratulations to all who won prizes and a big thank you to all who submitted their Leonhard Euler ideas!

Read About the Hackathon

We here at Neo4j are thrilled at the Neo4j 4.3 feature of indexes on relationship properties. Our own Rik Van Bruggen could not wait to jump in and try it out. He points out how relationship indexes mean much better query performance through relationships, but also has implications around how you model your data. In this blog, he shows how he created the data for contact tracing. He demonstrated the performance using node indexes vs. relationship indexes. It is a very nice illustration of why you might want to consider modeling this way and using relationship indexes in your graph.

Andreas Schreiber just released prov2neo. prov2neo is a Python library that enables you to import PROV documents from W3C into a graph. The PROV formats that it supports are:

We are working toward providing the recordings and slide resources from NODES 2021. You can view the recordings for each track and use the bookmarks to view a particular session in a track. The slides will be posted soon, but we just wanted to make the recordings available to you as soon as possible.

As a reminder, we have also posted the pre-NODES hands-on training sessions:

My favorite tweet this week was by Adam Cowley:

I can quickly build up a breadcrumb list of categories to an infinite number of levels. No recursion, no denormalisation, no fuss. Just cypher. pic.twitter.com/dbq6fFbZoU