This week’s featured community member is Jasper Blues, a long time Neo4j user and contributor, living in Manila in the Philippines. 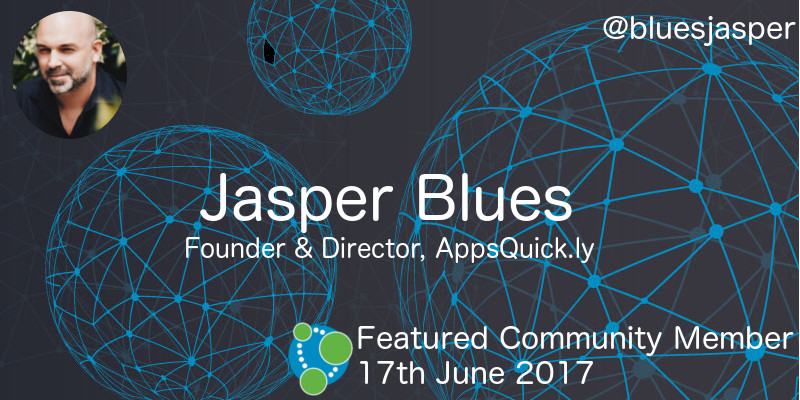 Jasper is an experienced mobile developer and authored the popular Typhoon DI-framework for iOS.

As part of his AppsQuick.ly consultancy he started to use Neo4j from Kotlin in the backend of the social network for musicians “Vampr”.

Jasper was an early SpringSource consultant, and after joining our partner GraphAware Jasper contributed a lot to the development of Spring Data Neo4j and Neo4j-OGM.

He most recently published a comprehensive example for using Spring Data Neo4j with Spring Boot and Kotlin which he plans to extend with Spring Security and Spring Social features.

Jasper is also a regular answerer of questions on the Neo4j tag on StackOverflow, helping out new users as they get started with their graph journey.

On behalf of the Neo4j community, thanks for all your work Jasper!

In this week’s online meetup Pat Patterson, Community Champion at StreamSets, showed us how to use StreamSets Data Collector to import Salesforce data into Neo4j.

Pat also has a blog post on the same subject.

On the Podcast: Sébastien Heymann

On the Graphistania podcast this week we have an interview with Sébastien Heymann, the CEO of Linkurious.

Rik and Sébastien talk about Sébastien’s work on Gephi and how it contrasts to Linkurious, how Sébastien got into graphs in the first place, and the use cases he sees Neo4j being used for in the future.

My favourite tweet this week was by Sam Richard: