Graph Databases for Beginners: Why Graph Technology Is the Future


So you’ve heard about graph database technology and you want to know what all the buzz is about.

It’s easy to take the perspective of a cynic: They’re just another passing trend – here today, gone tomorrow – right? Isn’t that the way of all tech buzzwords?

Feel free to be suspicious – skeptical even – but leave your cynicism at home. Instead, I’m inviting you on an adventure of a new way of seeing the world.

The graph paradigm goes well beyond databases and application development; it’s a reimagining of what’s possible around the idea of connections. And just like any new problem-solving framework, approaching a challenge from a different dimension often produces an orders-of-magnitude change in possible solutions.

All that to say: Graph technology is a rising tide your development team – and your business – can’t afford to pass up. Graph databases are the future, and even if you’re just a beginner, it’s never too late to get started. Let’s dive in.

In this Graph Databases for Beginners blog series, I’ll take you through the basics of graph technology assuming you have little (or no) background in the space. This week, we’ll walk you through an introduction to graph database with basic definitions and why those distinctions matter.

Why You Should Care about Graph Database Technology

When you’re on your own, new tech might be fun to play around with or to use on a personal side project, but when you’re at work, it’s a whole different story.

Professionally, you have to operate in a world of budgets, timelines, corporate standards and competitors. And in that world, the only test for new tech is that it better work damn well (and way better than anything else you already have on hand).

Graph databases fit that bill, and here’s why:

What Is a Graph Database? (a Non-Technical Definition)

A graph is composed of two elements: a node and a relationship.

Each node represents an entity (a person, place, thing, category or other piece of data), and each relationship represents how two nodes are associated. For example, the two nodes cake and dessert would have the relationship is a type of pointing from cake to dessert.

Consider another example: Twitter is a perfect example of a graph database connecting hundreds of millions of monthly active users.

In the illustration below, we have a small slice of Twitter users represented in a graph database. Each node (labeled User) belongs to a single person and is connected with relationships describing how each user is connected. As we see below, Peter and Emil follow each other, as do Emil and Johan, but although Johan follows Peter, Peter hasn’t (yet) reciprocated. 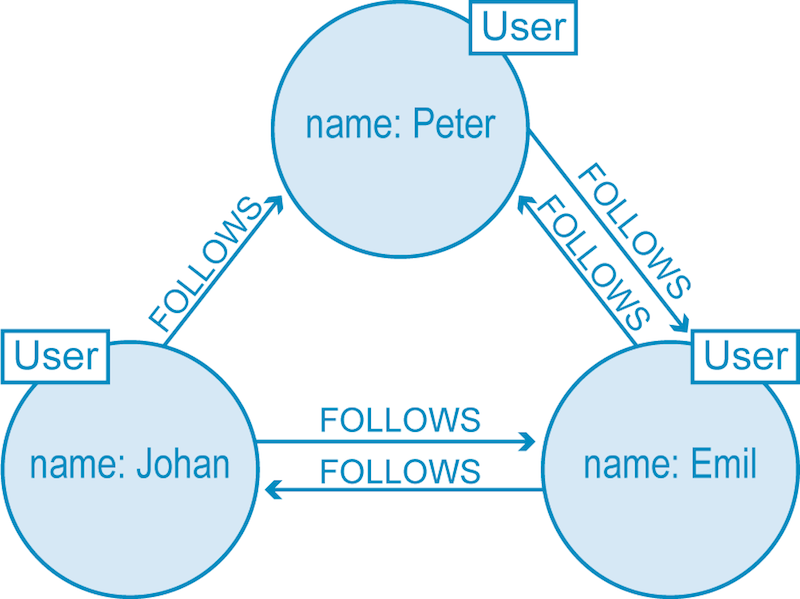 If this example makes sense to you, then you’ve already grasped the basics of what makes up a graph database.

How Graph Databases Work (Explained in a Way You Actually Understand)

Unlike other database management systems (DBMS), relationships take first priority in graph databases. In the graph world, the connections between data are as important, if not more, than individual data points.

This connections-first approach to data means relationships and connections are persisted (and not just temporarily calculated) through every part of the data lifecycle: from idea, to design in a logical model, to implementation in a physical model, to operation using a query language and to persistence within a scalable, reliable database system.

Unlike other database systems, this approach means your application doesn’t have to infer data connections using things like foreign keys or out-of-band processing, like MapReduce.

The result: Your data models are simpler and yet more expressive than the ones you’d produce with relational databases or NoSQL (Not only SQL) stores.


When it comes to current graph database technologies, Neo4j leads the space as the most native when it comes to both graph storage and processing. If you’re interested in learning more about what makes a native graph database different from non-native graph technology (and why it matters), then read the Native vs. Non-Native Graph Technology later in this Beginners series.

Conclusion: Graphs Are in More Places than You Think (They’re Everywhere)

The real world is richly interconnected, and graph databases aim to mimic those sometimes-consistent, sometimes-erratic relationships in an intuitive way. That’s what makes the graph paradigm different than other database models: It maps more realistically to how the human brain maps and processes the world around it.

And once you start seeing graphs of interconnected data in one place (your recommendation engine, for example), you start seeing them in other places too (like your fraud detection efforts or your master data management). Pretty soon, you’ll have the epiphany: graphs are everywhere.

It comes as no surprise then that graph technology is on the rise (but you don’t have to take my word for it).

There’s a good chance your competitors are at least evaluating or exploring the deployment of a graph database, so this is your opportunity to step up your game and join leading companies like: That said, it’s a narrow window.

Tap into graph database technology today and your business retains the competitive advantage well past tomorrow.


Ready to dive deeper into the world of graph databases? Learn how to apply graph technologies to real-world problems with O’Reilly’s Graph Databases book. Click below to get your free copy of the definitive book on graph databases and your introduction to Neo4j. 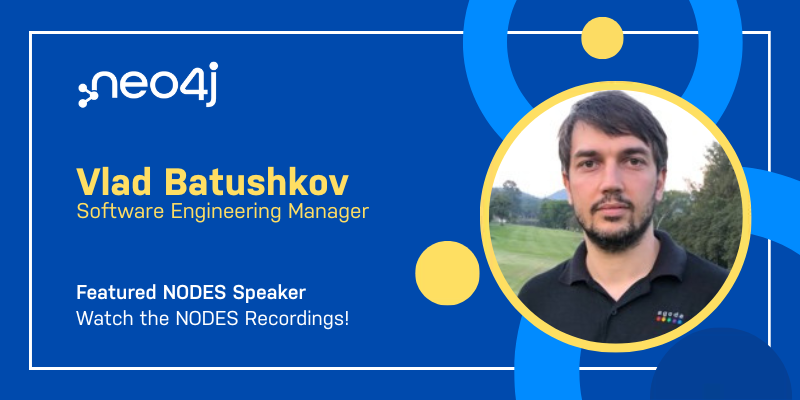