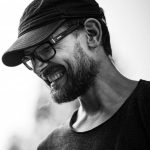 New features in version 1.3 and 1.4: from Spring-Boot DGS integration to Type-safe APIs, better pagination and alignment with neo4j/graphql.js

There have been many changes in the last two releases, about which I would like to give some insights here.

2. Create a schema to extend the Neo4j schema by some fields that should be provided through the DGS application

As you can see, the Movie type is extended by some additional fields. New query methods can be added as well.

3. Creating a combined graphql-schema by using some of the extension points provided by the DSG library:

4. Extend the remaining fields that are not covered by Neo4j GraphQL Java with some custom logic:

That’s it. Now the schema can be queried to retrieve combined data from the Neo4j database as well as from the DGS application:

Generating a Type-Safe Model to Query the API

In the previous example, we have shown how to combine neo4j-graphql-java with a Spring boot DGS application. DGS also provides a way to generate classes at build time from a grapqhl schema, which can be used to call the GraphQL API in a type-safe manner.

In order to be able to use this feature for the combined schema, we have created a Maven plugin that can be used to generate the fully augmented schema at build time:

It is important that the schemaConfig settings are identical to the one used to configure the Schemabuilder.

Now type-safe projections can be used like in this example:

A complete example is available in our GitHub repository.

Having Default Values for Paging and Sorting

Default values for paging and sorting can now be defined in the source schema:

Now when the following query is triggered:

A list of movies where each movie contains the first 3 actors sorted by descending name is returned.

To make the transition for our users as smooth as possible, any changes to the schema augmentation can be adjusted via a configuration where the default values are set to be compatible with older versions of neo4j GraphQL Java.

We had some issues with the previous implementation when using temporal types. These issues were resolved by the introduction of scalar temporal types, wich can be activated via useTemporalScalars = true.

This means that time values are only transmitted as ISO strings, which leaves no room for interpretation. Also for filtering it is now clear about which point in time a comparison should take place.

Separate Sorting and Paging into Own Input Types

Query options can now be configured to be handled as input types (via queryOptionStyle = INPUT_TYPE). Default values can also be defined for paging and sorting at this new input types:

When this query is triggered:

A list of genres sorted by descending name is returned.

In version 1.3, the entire Cypher generation mechanism was migrated to neo4j-cypher-dsl. This allows us to pretty print the generated Cypher statements for our test cases. Furthermore, we can store the values for parameters directly in the DSL model and extract them easily.

Our integration tests have been extended so that they now also test the GraphQL layer. Thus, our test framework also serves as documentation, in which all test-relevant information such as

can be accessed via an nicely rendered Ascii-doc file. Here is one example from a GitHub issue:

Get the Neo4j GraphQL Java Now

What’s New in Neo4j-GraphQL-Java was originally published in Neo4j Developer Blog on Medium, where people are continuing the conversation by highlighting and responding to this story.

Andreas is a passionate full-stack Java developer and software architect, and a freelancer since 2006.