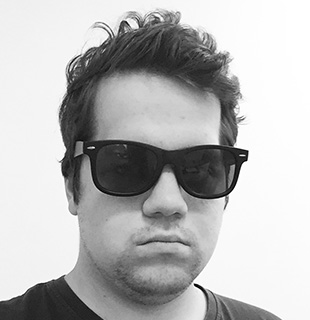 This week’s featured community member is Dmitry Vrublevsky who works for Neueda Labs and has been very active in Neo4j’s community for quite some time.

He started helping people on StackOverflow and Slack and then started the development of the Neo4j plugin for all the Jetbrains IDEs. That work has evolved into a full featured database tool, which was recently featured on this blog.

Dmitry also spoke at the openCypher implementers meeting in February and will be at GraphConnect in London. He and his team is currently helping us to add some cool features to the Neo4j Browser.

Neo4j at the Galway-Mayo Institute of Technology

Multiple students from GMIT have been using Neo4j as part of their graph theory course and have been building a graph of the university timetable.

I wish I’d got to use Neo4j at university so I’m very jealous – it was Oracle all the way where I studied!

In this week’s Neo4j online meetup, Dr Jesús Barrasa and I showed how to load the Wikipedia Knowledge Graph into Neo4j and write queries against it.

We’ve been hosting meetups almost every week for the last couple of months so if you want to catch up on earlier episodes you can find all of them on the Neo4j Online Meetup playlist.

This week from the Neo4j Knowledge Base we have a Perl script to help you convert the timezone in Neo4j log files from UTC to your local timezone.

We also have a really cool discussion of ways to limit MATCHes in subqueries by Andrew Bowman, our featured community member in the 25 February 2017 edition of TWIN4j.

There’s been an incredible amount of activity on GitHub this week. These were the most interesting projects that I came across.

I’ve not listed jobs in TWIN4j before but I came across an interesting one posted by Musimap, a B2B cognitive music intelligence company in Brussels. They’re hiring a Full-Stack Web Developer with Neo4j and Python experience so if that sounds like your type of thing it might be worth applying.

If you have any jobs that you’d like me to feature in future versions, drop me a tweet @markhneedham.

My favorite tweet this week was by Felix Victor Münch:

Don’t forget to retweet Felix’s post if you liked it as well!

That’s all for this week. Have a great weekend.