In this guide, we will learn about path finding graph algorithms.

Please have Neo4j (version 4.0 or later) and the Graph Data Science Library downloaded and installed to use path finding algorithms.

What are path finding algorithms? 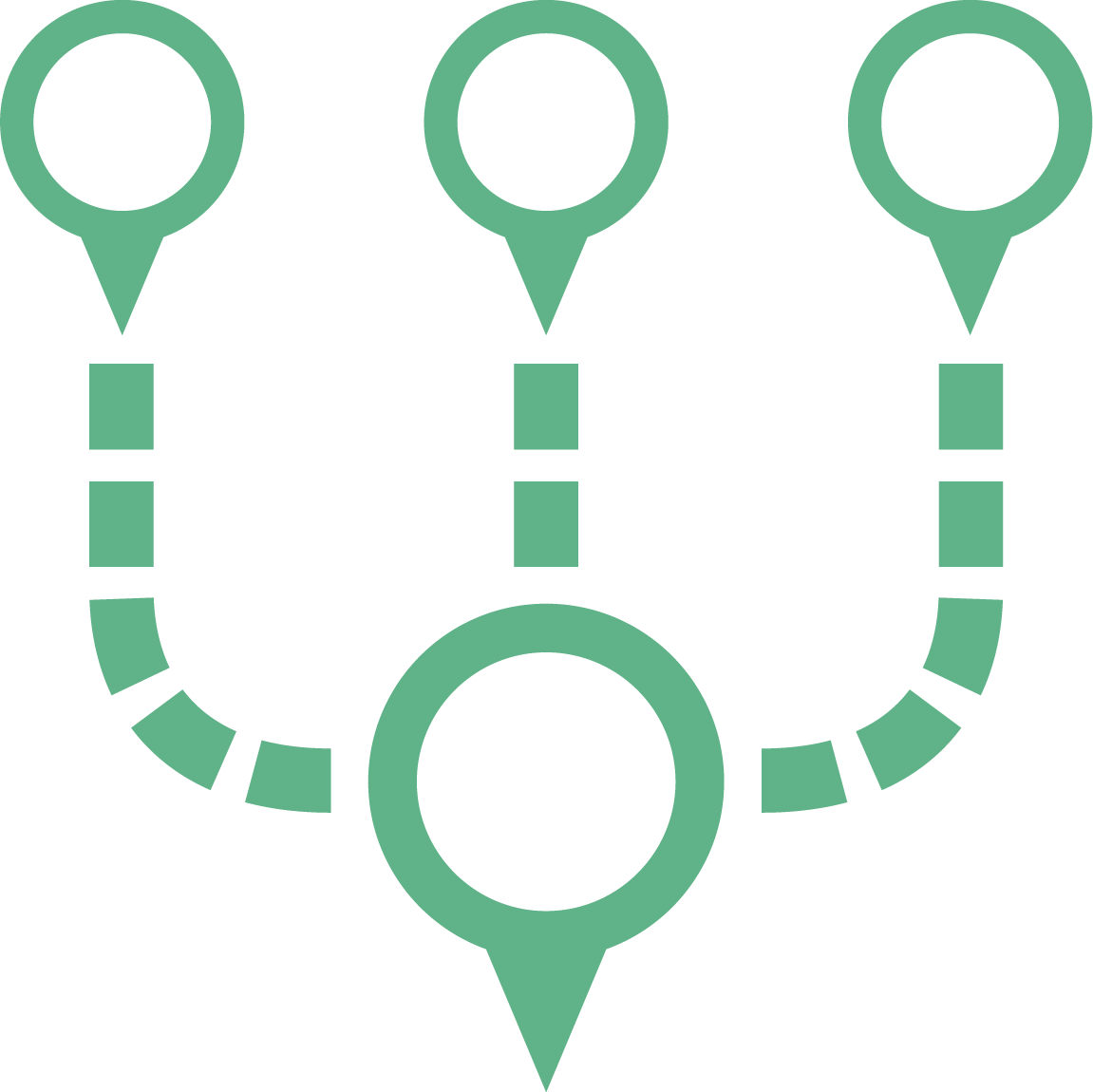 Path finding algorithms build on top of graph search algorithms and explore routes between nodes, starting at one node and traversing through relationships until the destination has been reached. These algorithms find the cheapest path in terms of the number of hops or weight. Weights can be anything measured, such as time, distance, capacity, or cost.

The Shortest Path algorithm calculates the shortest (weighted) path between a pair of nodes. Shortest path is considered to be one of the classical graph problems and has been researched as far back as the 19th century. It has the following use cases:

The All Pairs Shortest Path calculates the shortest (weighted) path between all pairs of nodes. This algorithm has optimizations that make it quicker than calling the Single Source Shortest Path algorithm for every pair of nodes in the graph. It has the following use cases:

The Minimum Weight Spanning Tree starts from a given node, and finds all its reachable nodes and the set of relationships that connect the nodes together with the minimum possible weight. It has the following use cases:

Random Walk is an algorithm that provides random paths in a graph. A random walk means that we start at one node, choose a neighbor to navigate to at random or based on a provided probability distribution, and then do the same from that node, keeping the resulting path in a list. It’s similar to how a drunk person traverses a city. It has the following use cases: