A common situation in Neo4j is to have a collection of dependency networks. Let’s say we’re dealing with company ownership structure, or which companies trade with other companies.

Usually companies have a large volume of this data across their entire customer base. But when you want to look at a single trading partner, the entire network isn’t relevant. You need to “zoom in” on one subgraph and see just the local parts affected by that trading partner.

To make this visual, let’s start with a picture of a small example graph and our ownership structure looks like this:

And they’re all trading with one another, as indicated by the graph: 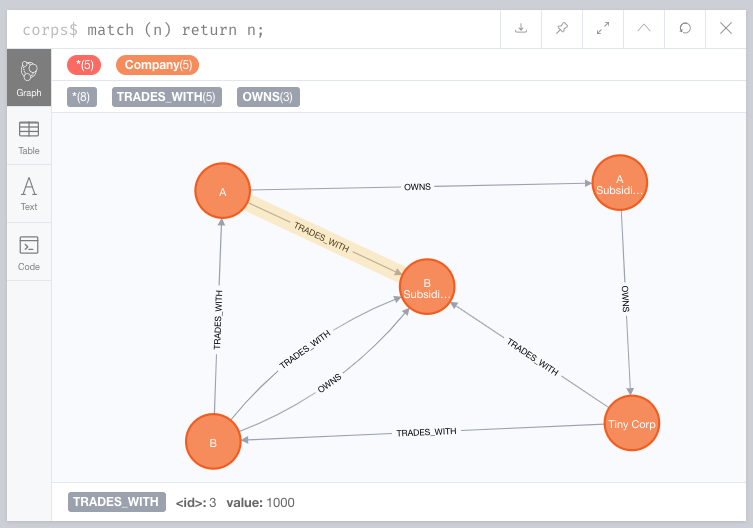 (If you would like to follow along in Neo4j Browser, the code that created this graph is here):

Let’s imagine that this is our island of interest, because what we’re trying to do is analyze the “A” Company and its dependencies.

What we want is an analytical sub-graph centered on “A”.

We know that we could build a simple version of this graph with a single Cypher query; for example, finding all of the relevant paths through the network, up to a length of three.


For a first basic approach, we could change the nodes, labels and properties themselves to identify what we want to know. Let’s compute:

If we knew those things, we’d know how important each company is to the total picture of Company A.


Once we compute these simple attributes, we can now get a clean tabular view of our scenario, complete with many “graphy aspects” of it, as a table, like this:

This previous approach works just fine. And since we’ve put these attributes as regular properties into the graph, we can use other tools like the BI Connector to visualize them and work with them via other technologies.

But there are some problems with the simple approach:

The solution is to separate out this idea of a “Subgraph” and make it a new node unto itself. We can then connect that Overlay node to the rest of the graph, so we always know what our analytical scenario contains. 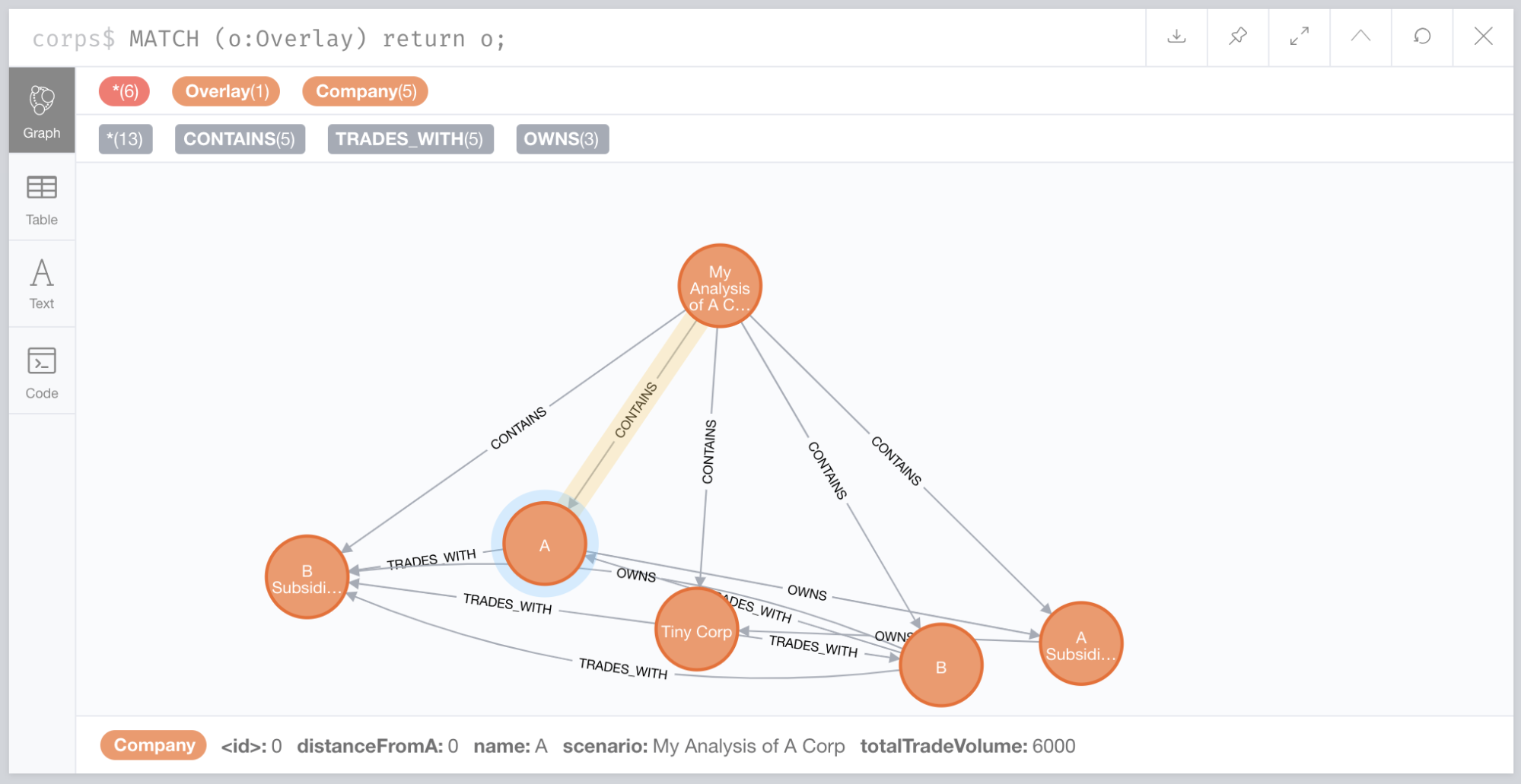 The Cypher that computes this is a bit more complex, because we’re going to do both pieces (calculating trade values and distances) in one shot, along with creating the Overlay node, all in one go.


Advantages of the Overlay Approach

Taking It to the BI Connector

Now that we have a simple schema focused on the Overlay node, we can now define a simple join in Tableau and pull data about all of the different overlays we’ve made, like so: 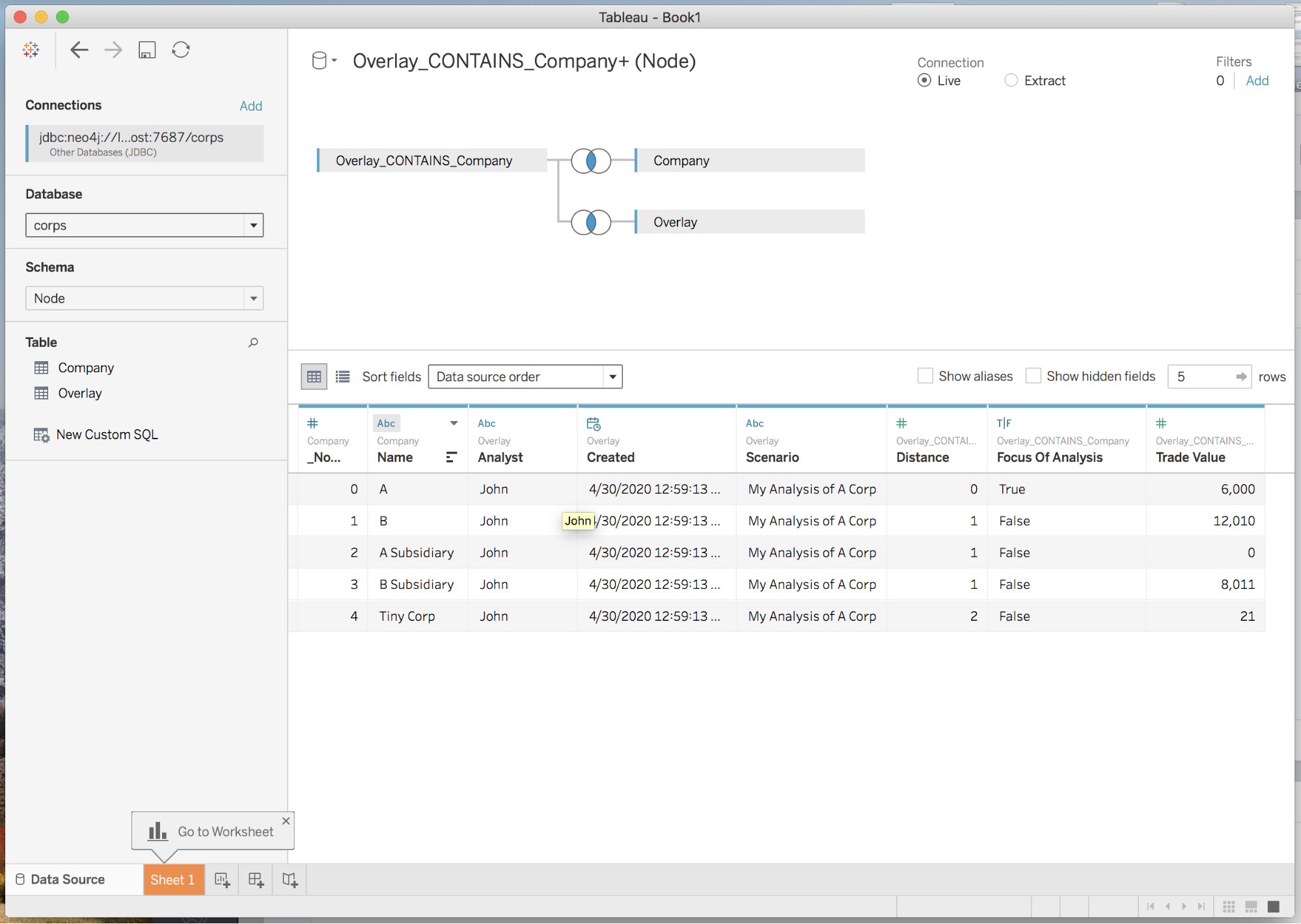 This is really looking at the same data as we saw in a simple tabular view in the “Starting Point” section. The difference is that we can now dynamically add different analyses to our graph in real time, and Tableau will always catch the updates.

And of course once we’ve gotten that far, we can build standard BI visualization on top of our data. 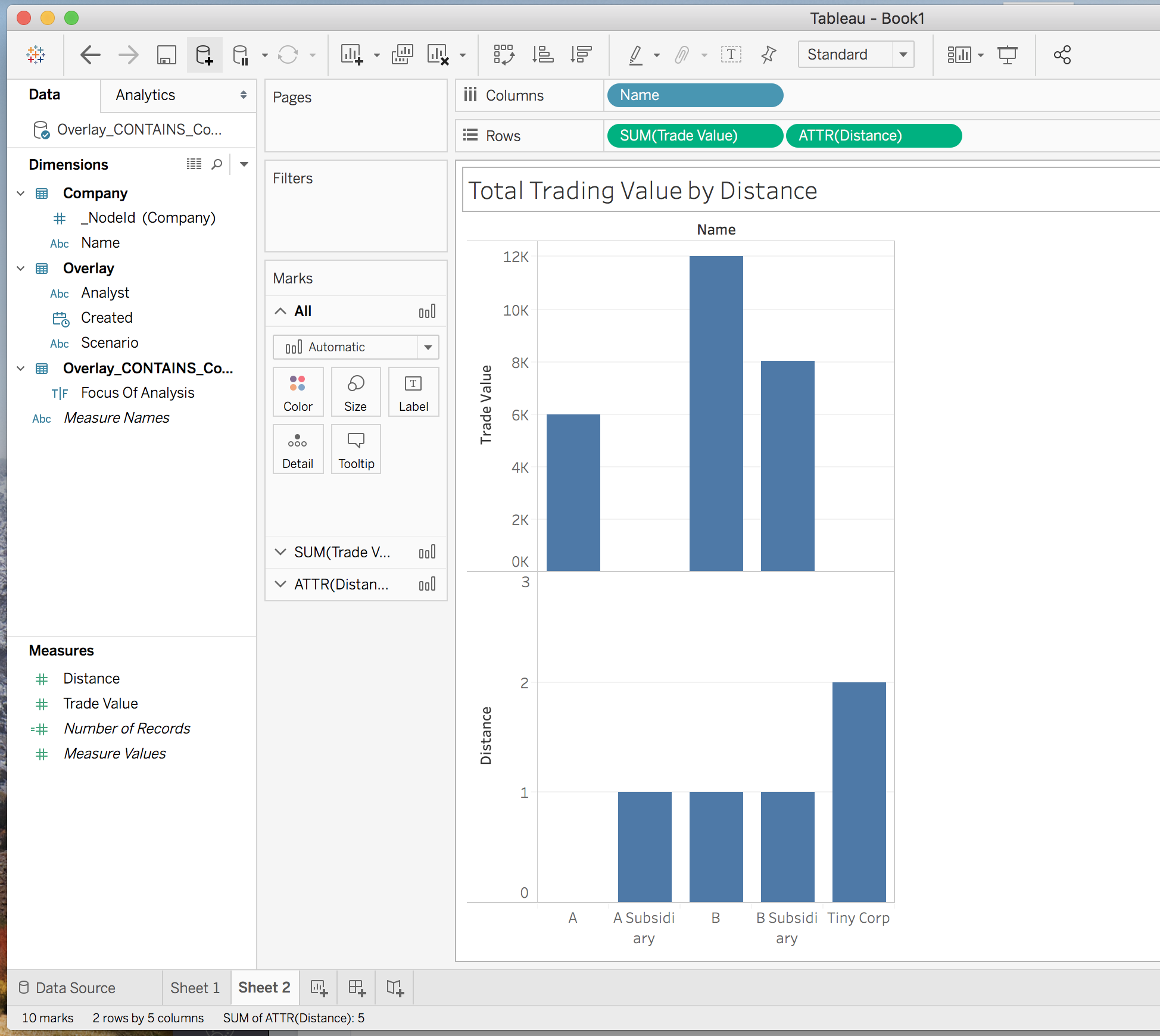 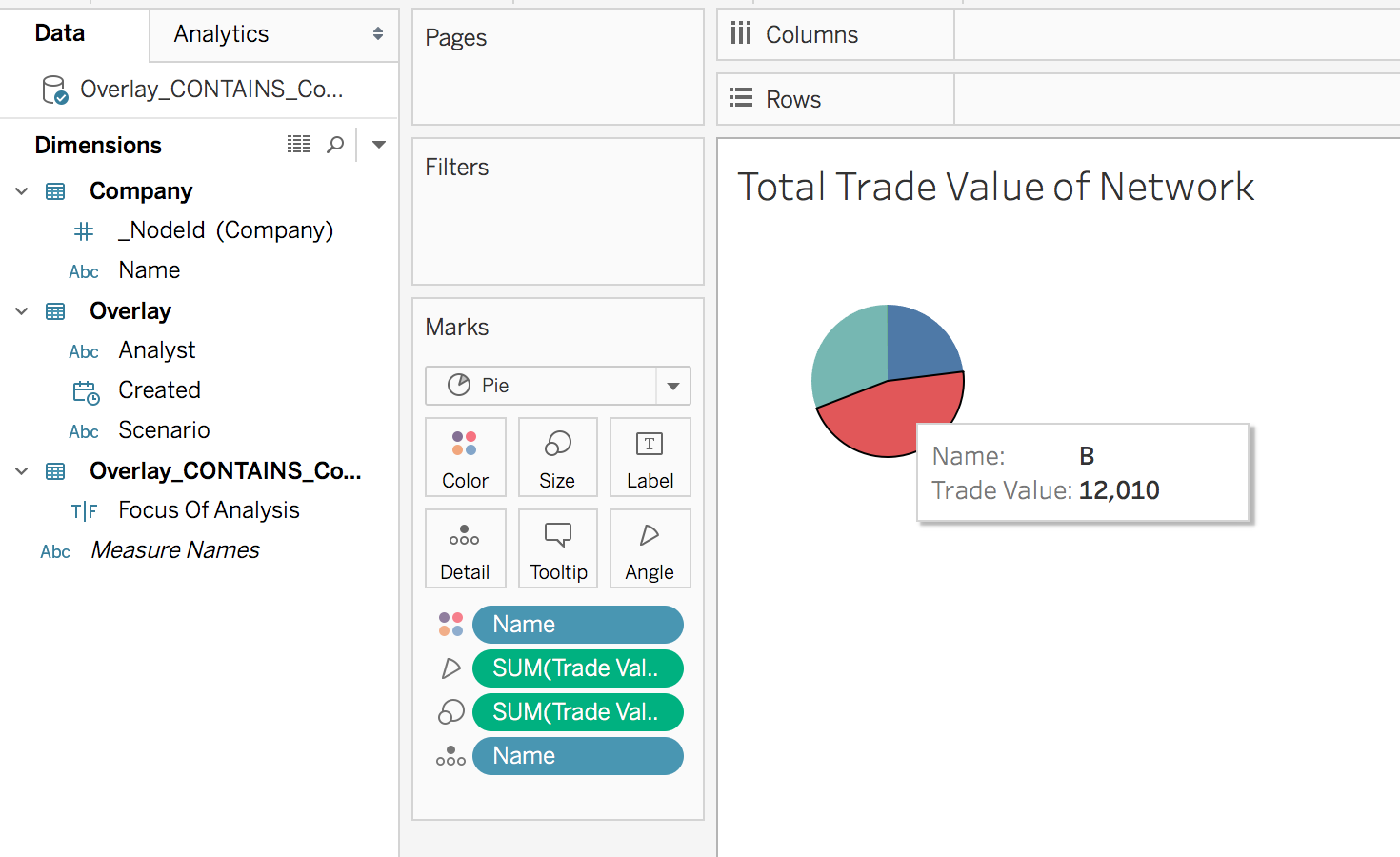 You can find more information on the Neo4j BI Connector here.

Many graph use cases call for doing specialized analyses on subgraphs of interest. Whether it is:

The technique outlined in this article can help you pull the needles out of the haystack, and do custom analyses on one tiny island of data.

This is just another example of the benefits you get from “schema-flexible” graph data modeling, and Neo4j’s relationship-oriented approach. We hope this has been of help in adapting these techniques to your problems!

Want to take your Neo4j skills up a notch? Take our online training class, Neo4j in Production, and learn how to scale the world’s leading graph database to unprecedented levels.