Over the last decade, graph database technology has grown from a promising curiosity to the fastest growing sector of the database market. The parallelisms to the relational database market of 30 years ago are striking:

These important trends have triggered the mainstream adoption of graph technology. 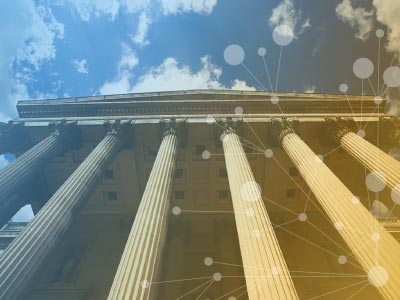 Growth in Graph and Cypher Popularity is Accelerating

The Cypher language debuted with the release of Neo4j 2.0 in 2014. Its introduction coincided with a significant spike in the popularity of graph databases, which has continued to soar to this day. 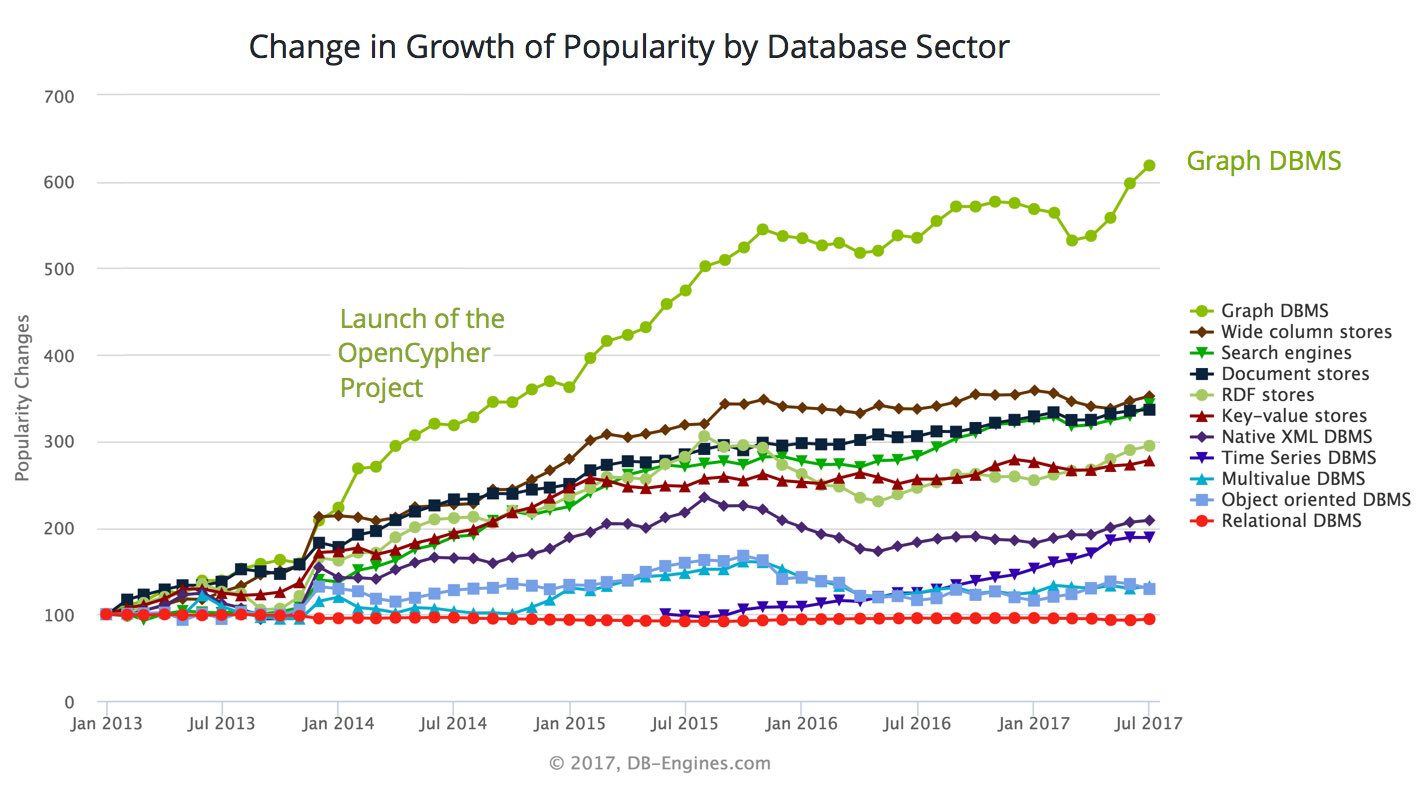 Gartner reports 70% of leading companies will pilot a graph database project of some significant kind by 2018.

To fully embrace the graph revolution, CIOs require that graph technologies adhere to industry standards. With the rapid adoption of graph technology, the time has come to establish and evolve an open-standard query language for graph databases.

Open Creation of the Cypher Standard

Just as IBM and Oracle led the effort to make SQL the standard relational query language thirty years ago, Neo4j started the openCypher Project in 2015 to create the industry-standard language for querying graph databases.

The openCypher Project now has the active support of industry leaders that include Oracle, SAP, Neo4j, Databricks (the company behind Apache Spark), Tableau, Structr and a host of others. Databases already using the Cypher query language include SAP HANA Graph, Redis, AgensGraph and Neo4j, and other vendors have started Cypher initiatives.

In its effort to make the evolution of the Cypher language as open and strong as possible, the Project welcomes suggestions from all interested parties including graph developers, software vendors and organizations of all sizes.

The Advantages of a Common Language

A standard graph query language provides a variety of benefits to everyone, including software vendors, CIOs, information architects and developers.

Cypher is a straightforward, simple language that builds on human familiarity with visual patterns and relationships—making it well-suited to the challenges of querying connected data. Its declarative approach lets developers focus on their applications and express what data to retrieve—instead of getting lost in the mechanics of data access. And Cypher’s selection as an industry standard builds on its commanding position as the most advanced and widely used graph query language.

The openCypher Project is an initiative that specifies and develops actual working code, and is not a theoretical, academic discussion group. A technical language syntax specification as well as a full semantic specification are deliverables of the Project. The resulting Cypher standard is made available for public use under a Creative Commons license.

If you’re interested in making the graph revolution everything it can be, you can start by reading and commenting on published openCypher proposals. Or if you have some creative ideas of your own, create a proposal with working code and implementation examples, and share it with other openCypher Project members.

To learn more about or contribute to the evolution of the graph query language standard, contact the openCypher Project using any or all of the following communication channels:

Discussions and announcements appear in the openCypher Google Group.
https://groups.google.com/forum/#!forum/opencypher

Code reviews and discussions happen in the Project’s GitHub repository, where you may submit or comment on Cypher improvement requests.
https://github.com/opencypher

To join openCypher discussions on Slack, request an invitation to sign up and then look for us in the #opencypher channel.
https://neo4j-users.slack.com/